One Fine Day in the Tutoring Center 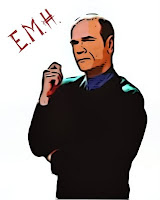 It was a fine day. Yes, indeed it was.

Brett approached the beautiful quad of the university he was attending. Autumn mornings were the best. That crisp cool air combined with the smell of chimneys and the red maple leaves on the walkway reminded him of earlier days when he would camp at his aunt's house in the mountains.

Continuing through the quad, Brett made his way past several evergreen trees and some more elms. The sound of a babbling brook indicated that the campus fountain was dead ahead. To the far right was a hot-dog stand, and directly in front of the stand was a dude with a petition. Oh dear God! Brett thought, remembering last time when somebody shoved a petition in his face.

Not to worry! My shift starts in 5 minutes, so I'll just cut across the grass, Brett thought to himself. He was quite relieved to be able to avoid any unnecessary drama.

Brett arrived at the tutoring center just 2 minutes before his shift was scheduled to begin. Walking to his mailbox in the back of the room to retrieve his nametag, he was met by his supervisor. Nobody could figure out why she had a constant stern look on her face. Was it a constant state of concern? Misery? Constipation?


There was talk among the rest of the staff of getting some dried figs at the store, in hopes of alleviating the unpleasantries. Nobody would know who left them. Unfortunately, nobody was brave enough to leave them either.

"Cutting it kind of close are we? I would be a bit quicker about putting your name tag on if I were you." She stormed back to the office and slammed the door.

A student in the far corner raised his hand no sooner than Brett had put his name tag on. Ah, a Hamsterology 101 student! thought Brett as he noticed the hamster sitting on the table, laying on its back spread-eagle.

"I see that you've brought your assignment with you today. So, how may I be of assistance?"

Looking sullenly, and staring down at his assignment, the student replied, "I'm just a little confused. The teacher never covers anything. I got this hamster here and,... I just don't know..."

The student sighed and continued, "Which end is its asshole?"

Brett continued, "Well, which end does the poop come out of?"

The student replied, "Oh, I get it now! I can get the rest of the assignment on my own now."

"Let me know if you need any more assistance." Brett stepped away to assist other students.

"Brett! Please step inside my office. I must speak with you." The stern look of the supervisor peered outside of her office. Brett had grown accustomed to her constant nagging. Other tutors weren't so lucky. Many had quit, wondering what her problem was. Another was immediately let go upon questioning her to her face about why she was such a b----.

I wonder if I should write a will, should I not return, thought Brett as he stepped inside to face whatever was to come.

Sitting down at her desk, the supervisor began, "There was a complaint."

She continued, "A student brought in his hamsterology homework a little less than an hour ago. He felt that you were a bit rude with him."

"You do remember that student, don't you? The one who wanted to know about the location of the asshole on the hamster?"

Brett replied, "Well, yes, of course. But, I was under the impression that he was completely satisfied with my assistance."

"No, he wasn't. And if this gets to the President's office, it might not be a very good thing."

She continued, "For starters, he felt that the explanation was so easy to understand that it was as if you were talking down to him."

Brett added, "But he knows forever now how to decide on which end. I mean, how else can you tell it's the asshole without knowing where the poop comes from? How is that rude?"

A student knocked on the supervisor's door. He wanted to borrow a TI-83 hamster. It was a quick transaction of the hamster in exchange for the student's ID.

The student left and the supervisor continued, "I too am a bit concerned and would like to offer some pointers. First of all, you could have spent a little time expounding upon why the poop may change color and/or texture."

Their discussion was interrupted by another knock on the door. This time, it was a loud frantic knock. The sounds of screetching and squealing could be heard as the door opened.

"There's something wrong with my hamster! There's little tiny pouches of white powder coming out of its asshole!"

"Oh!" The supervisor responded and opened the drawer to her desk, pulling out another hamster. "Use this one instead. I accidentally gave you mine."