After talking to Fab I've asked Leslie K to post this note for me. 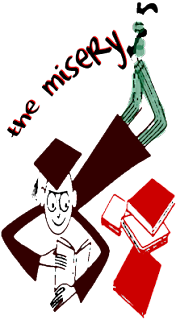 I'm a longtime RYS/CM community member. I've been on the page since early 2009.

Last month I posted something that I ended up using part of in an email to some departmental colleagues. One of them recognized it from the website and asked me if I wrote for CM. I sheepishly admitted I did - because he's a friend - and I didn't think much of it.

It turns out my friend told some other colleagues, and not everyone was charmed with the information. A couple of colleagues read the page a bit this week and took it to the chair. The chair in turn told me yesterday that it was in department's best interests (and my own) to "disassociate" from CM as he found the page "objectionable." He did it in a kind way, but his message was clear.

I don't think we're doing anything wrong here. I am not ashamed of what I've said about students, colleagues, and academic misery.

But as a tenure-track professor in a small department, I don't want even 1-2 people thinking poorly of me. I didn't want to publicize this information at all, but Fab suggested that it was an object lesson about our pseudonymity.

I never should have made the error of admitting anything. I certainly shouldn't have copy and pasted my own CM text and shared it with folks whose reactions I couldn't be sure of.

I think my colleagues on CM are much more enlightened and open than anyone I actually work with, and, stupidly, perhaps, I forgot that fact.

I will continue to read and support the page, but I'm going to back off posting and commenting under a name that is now known to my colleagues.

I hate sharing shitty news like this, but I'd tell each of you to be aware that there may be people you work with who might react like my colleagues did.