Today's Early Thirsty. Anita Sedative (Get It?) Is Trying to Divine Chairperson-ship. 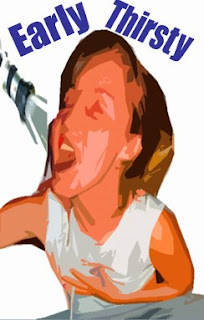 I am an associate proffie at Mundane State and living the sweet life of the tenured and neglected. I teach courses in my little corner of the discipline, publish at a respectable clip, and shoulder my share of service obligations. I'm not the brightest star in the scholarly sky, but you can spot me if you squint.

Despite my own mundanity, however, I've learned that there's a groundswell of support to anoint me the next chair of the department. Quite a lot of politicking and jockeying normally happens when it comes time to elect our chair, but the Dean's machinations and a few organized blocs of voters normally determine the outcome. One of their emissaries has hinted that the job could be mine if I want it.

I've been at MMU since 2005, and I've labored under two chairs here. Let's call the first Chaz the Chairlatan. Chaz is a savvy careerist, one who gunned for a life on the administrative side of the line since Day One. He used his four years as our feckless leader to cozy up to the Powers That Be, and now he's crossed over to the Dark Side of academic affairs. He didn't leave the department in ruins, exactly, though he always served as an agent of our inept Dean. They're part of a little club of cronies that is nearing retirement and/or departure for greener pastures, so Chaz had no qualms about doing the Dean's dirty work. He navigated rough waters pretty well, with all the confidence of a rat ready to abandon ship.


Chaz's successor is Charlie the Chairtaker, who is heading into his final year. His election was a grim business: he became our chair primarily because the flunky the Dean planned to install with the help of his cronies fell short of tenure just prior to the election. Charlie more or less claimed the chair by default as the only electable option left standing. That being said, I'd say he's done right by the department. He's been an earnest advocate for the faculty, students, and staff, attentive and responsive, fair and evenhanded. As you might imagine, being decent has taken its toll. The Dean and the faculty have used him as a human shield; when things go wrong, Charlie generally takes the blame, and with good grace. He's not spineless, nor does he have the victim mentality described back in Hiram's post. He is, from what I've seen and heard, just thick-skinned, patient, and calculating: he'll take a bullet for the Dean and trade the favor in for something the department needs later on, or he'll bail out a prodigal proffie and cajole her into taking up a summer study so a student can graduate on time. His secretary (from whom I've gleaned the juiciest behind-the-scenes gossip) thinks he walks on water, though she worries about him. He used to be cheerful and outgoing, but now he keeps to himself. He's been on the job for three years, but it looks like it's aged him ten.

I know that chairs as a species have a pretty poor reputation, and I hope what I've picked up reading here and watching Chaz and Charlie would help me avoid some of the worst administrative sins. So here's my question:


Q: Are there better ways to be chair out there? Or are the upward and downward fates of Chaz and Charlie the ones I should look forward to if I vie for the job?