Sid From Santa Fe Is Thankful For Them All. 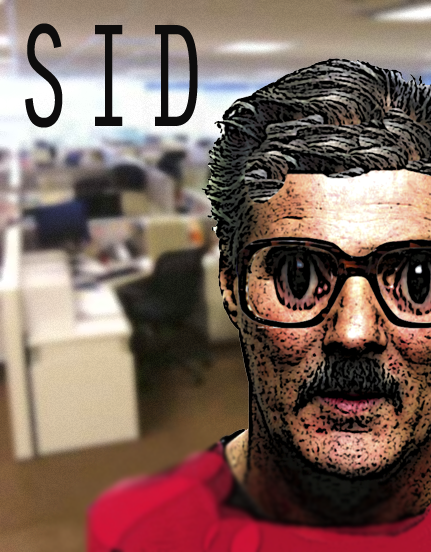 I've watched with gentle bemusement the affairs of the past couple of days. And I've read a ton of articles by professors who teach at places far better than where I am, the worst community college in America. (I say it all the time; it doesn't mean it's not true.) My students profoundly disappoint me on an hour by hour basis. I bitch and moan to my friends and family. 80% absolutely do not want to be there. About 40% never buy a book. A full 50% fail my intro class every single term. (And I often see them the next semester as well since I'm one of only a few people who teach this particular class. They rarely have picked up any steam since I saw them last.)

So I bitch and I vent, and it helps. It clears some of the fog of a job that I confess depresses the shit out of me. And as I read these various articles the past couple of days I felt even worse about myself and my situation.

But of course we all have our own misery with students, no matter the institution: some won't staple, some won't read, some won't show up. I guess the super-powerful professors at the top level schools have problems of their own. I don't know what they are, but I respect that they exist.

But my own situation came into relief today when a large hulking student - who I'd not seen in 2 weeks - appeared at my cubicle just before class. He stood in my entryway, his broad shoulders blocking out nearly all the light in my little, despair-filled space.

I did remember him, but just because of his size. He's a giant, a smiling, shuffling giant who never said a word during the classes he did attend.

"I figured you'd dropped, Jonah," I said, and he hung his head.

"I hate to bother you with this," he said, "but I'd appreciate a chance to continue in class. I really want to stay in and get better but I know I missed too much."

Now, at this point, depending on the student, I have a ton of things I can do. But I left it mostly in his hands.

"Are you going to be able to make the class a priority until May," I said. "Because it seems that you've not been able to so far."

"That's all I need," I said, and when I stood up he reached his car door sized hand out and we shook.

I walked him to the front of the office and when we got to the main hallway I asked, "So what was up? What kept you from class."

"Oh, I hate to admit it, but I have a drinking problem and I've been in lockup in Utah for 2 weeks."

He shook his head, disgusted with himself and embarrassed. I felt like a heel for asking.

And then he was gone.

I'm going to do everything in my power to help that kid get through this sorrowful intro class. I don't know if he's capable. I don't know if I'm capable. But if he'll try, so will I. It won't make my school any better. It may not help him in the long run. He may be locked up again next week. Maybe a bus will hit me. A million things can stop us.

But maybe not; maybe we'll make it.