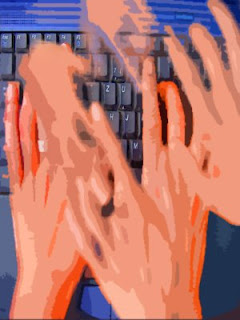 This semester I have a freshman comp class that meets once a week on Fridays, and it's a complete goat rope. Today they got their first papers back...or, should I say, the 50% of them that didn't skip got their papers back today.

Most of them took their papers and slunk out, but 2 stuck around to complain--a guy who emails me long, drawn-out excuses on a weekly basis for why he was late/absent/had to leave early this week, and a girl who I'd spent 15 minutes talking to during the peer review period for this essay about all the major changes she would want to make in her rough draft....who then changed literally 9 words (no, really, I counted) and submitted it as her final draft.


Both complained that it wasn't their fault that their last papers had been utter crap, because they'd emailed me asking for help. But, being the Big Meanie that he is, ol' Doc Slash just never responded to them. Gasp! Obviously, not THEIR fault!

I asked them when they'd emailed me, and if they remembered that I'd opened the week leading up to that first due date with a classwide email that stated very clearly, 'I'm going to be unavailable the day before your papers are due, so I can only answer questions or provide feedback on drafts that have been emailed to me by 5:00 PM on Wednesday.

According to my inbox, the guy emailed me at 10:08 PM on that Thursday night (casually asking that I 'glance over it quickly that night'). The girl emailed me at 11:24 PM that Thursday. The paper was due at 11:30 AM Friday. And even when she looked this up herself, she STILL tried to argue with me like it was my fault she barely edited her rough draft since, in her mind, the fact she had emailed me asking for help an entire 12 hours before it was due clearly meant the ball was in my court.

I hope they appreciated the passive aggression in the 'Here's the email I'm finding in my Inbox asking me for help. I didn't respond to it because, as you can see from the time stamp, it arrived in my inbox 30 hours past the deadline to ask for help' emails I just sent them. Because if they want to try to keep playing the 'it's your fault my paper was bad' game with me, that ought to be their first clue that they're waaayyyy out of their depth on this one...