Unions for Adjuncts. From Albert the Adjunct.

I want to tell my story in order to raise consciousness of what is going on in higher education today with respect to adjunct professors.

I am a successful mathematician working outside of academia. In 2015, a local college hired me to teach a course in mathematical modeling for upperclassmen as an adjunct professor. The chairperson who hired me gave me about month to prepare the course, which I designed myself. (Before the chairperson had hired me, I had raised concerns that a month would be too short a period of time to prepare, given my other obligations, but that I’d try anyway.) 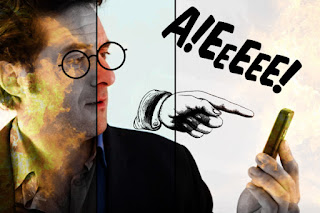 The course naturally didn’t go perfectly, but it was successful. The students all passed with a majority of A’s. I didn’t give them their grades as gifts, and I didn’t curve the tests - they had earned their grades. At the end of the course, the chairperson thanked me and said I would be considered for teaching other courses at the college. I was pleased.

A few days later came student evaluations. And my students ripped me apart. I was shocked; during the semester, no students had raised any concerns about my class to me. I emailed my chairperson a few times to see what had happened. But there was no response.

Recently as of the fall of 2016, I found out that my email account at that college had been deleted and my name was taken off the department webpage, so I have been effectively fired from my teaching position at that college. When I started out teaching there, I was very excited – they had promised me that my children would get free tuition if I would stay on as an adjunct. Now, I’m quite upset about how I was treated. If I truly did my students wrong, then I was never given any chance to defend myself.

From this experience, I understand why teachers need unions. And I believe that adjunct professors need unions too to protect themselves against treatment like this.