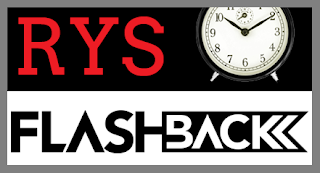 We get a ton of email from folks with little bits of stories. They're all great, and we enjoy them. They're tasty aperitifs that precede some meatier fare.

But they don't make for great posts on RYS. We sometimes work with the writers to expand the little bits into bigger pieces. We make brilliant suggestions. Writers ignore those. They make better choices. And then the piece appears a few days later. But sometimes there's nothing else to them, and we always feel bad hitting delete.

So, we've saved some of our favorites from October (2006) and they are offered below, unconnected, not thematic, just some little bits of stuff that didn't fit anywhere else.

Sure, this hodge podge of mini-posts may make it seem like we're being lazy, but put those negative thoughts out of your head. We're doing all we can, given that we had a huge crash last night after getting into the leftover Halloween stuff.