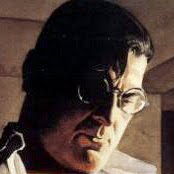 I've been an Amazon.com user for a long time and I know that, during most of the year, their shipping is pretty quick and delightful... except in December and the beginning of semesters. During those periods, the ship dates CANNOT be trusted and my Spidey Sense starts to tingle (admittedly, this is a mixed metaphor of a sort, given my avatar).

For the Fall Semester, since I was using a new textbook for one of my classes (a fine new book that was half the price of a comparable book AND from one of the larger academic publishers), I publicized it to all of my registered students during the summer. I let them know that the book was available, that it was cheap (EVEN AT THE UNIVERSITY BOOKSTORE PRICES) and to WATCH OUT if they got it from alternative sources.

You can guess what happened.

The Silver Banshee - Decided to go the Amazon.com route. By the Week #2, it still hadn't shown up. AND... she had purchased it from an Amazon third party for about twice the price.

Of course, I told both to see a classmate, whatever. They undoubtedly did that because they turned in their homework.

So... I thought this was over. However, it was a little irksome, particularly since I had these two before.

THAT WAS UNTIL... a student in my OTHER class (a totally different class) informed me of a problem. This week was Week #5 and Brainiac told me that her book had not arrived yet. And we are almost done with the book. And most of the mid-term will cover material from that text. I was gasping for air, just as if green kryptonite had been placed at my feet.

Certainly, the book problem is theirs, but they laid the problem on my lap after I told them all this summer about the textbook.

1. As the defender of Truth and Justice, just let it be. After all, Student = Snowflake. The tests and papers will  undoubtedly reflect this slackness.

2. Get out the Phantom Zone projector and send them away.

3. Conjure Billy Mumy from the old Twilight Zone episode and wish them into the corn field.

4. Turn them over to Rorschach from The Watchmen.