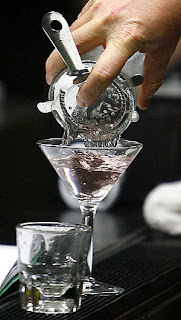 Chris Dawson, the education blogger over at ZDNet, has a post up today about not dumbing things down.

It seems he was asked to read a book, The Bee Tree, and prepare a presentation on it for his son's third-grade class.

So he dug into his graduate-school calculus:

Bees, as it turns out, create a completely optimal space for their honey, raising their young, and storing food. The hexagonal shape of honeycomb cells actually maximizes interior volume while minimizing surface area. Since bees must eat about 8 times the volume of honey for a given volume of wax that they need to create their hives, wax is a precious commodity, so optimization is key. Obviously I wouldn’t expect the third-graders to be able to handle calculus-based optimization problems (in fact, the so-called Honeycomb Conjecture, [the] idea carried forward from the ancient Greeks that honeycombs were optimally arranged, was only proved about 10 years ago).

However, if the third-graders were meeting the math standards outlined for their grade here in Massachusetts, they should know enough geometry to be able to have a pretty cool discussion about hexagons and other shapes that might fit together with the smallest perimeter and largest surface area.

The upshot (and read his post for details) was that it worked very well indeed, and -- despite dire predictions from his wife and eldest son -- without dumbing it down. The kids latched onto it, ran with it, and learned from it.

His point is that if we raise the bar, kids will come up to it. At least until such time as they have been hammered down into the habit of mediocrity.

What do you do in your classes to raise the bar, to challenge your students? Does it work? Can and do you get away with it? Does it rouse students from their torpor, or do you just see a lot of thousand-mile stares?