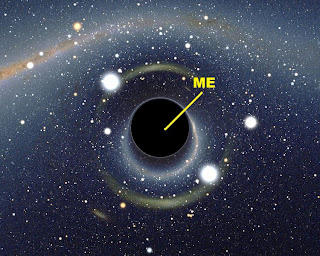 Don't know about the rest of the adjuncters out there. But much like the students, I pretty much bolt from campus as soon as I reasonably can (after I've passed out the final?)
So, when (if!) you return the next term, there usually is a pile of mail waiting in your mailbox.
After wading through the various and sundry college announcements, activity schedules, club announcements and schedules, there was a official looking manila envelope addressed to my home.
(We'll ignore why they didn't, well, mail it to my home then!)
I open it to find -- drum roll -- last term's student evaluations. The voices of many CMers echoing in my ears -- and being in close proximity of a recycle bin, I was so tempted ...
But -- forgive me, I was weak -- I looked.
Pretty much kept intact my longstanding reputation of the Savior/Anti-Christ instructor -- students either love or hate me ... not much in the middle.
Still -- one comment did jump out at me.
"I was SO excited for this class, but Dr. BH ... SUCKED THE LIFE OUT OF IT."
Have to say -- this one felt like a body blow. I was about to start a new class where participation is now REQUIRED because the crew last term seemed to have drunk themselves comatose before my class. Teaching a class in "Social Implications of Navel Gazing," I often attempted to pepper class discussion with reference to, yanno, actual current events only to be greeted by the cricket chorus.
(For living in the "Information Age," the flakey flakes do seem to expend an inordinate amount of energy to not be aware of what is going on around them nationally, regionally, locally -- beyond, of course, twitting and tweeting their flakey friend in the adjacent classroom!)
Ultimately though, I can't decide if I should be taking this as a perverse badge of honor or seriously start looking for a job with a little less opportunity for backlash, like, oh, being a sports referee.