. I only have 2 years at a state university.

But when I was forced to pick up a handful of adjunct classes at a large community college system last August, I did not know what I was in for.

I love the students, a rich mix of traditional aged students and returning adult students. I find them interesting; many of them are fascinating and engaged.

But most are not. Most won't work. Don't work.

All of my classes are intro levels. I get a sheet each semester that shows me between 30-40% of my students have already taken and failed my class, some as many as 3-4 times. 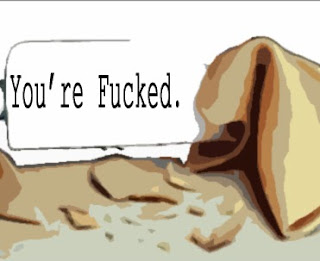 Their reading abilities are nothing at all approaching my "regular" college students. Their writing abilities are abysmal. Their critical thinking is non-existent. Yet, my class is a fully transferable class to the across-town university where I also teach.

I even use the same textbook in the two institutions. But the classes could not be much more different.

In my first semester at the community college, only 45% of my students finished the semester. Some dropped, but most just stopped coming when I told them they weren't going to have enough points to pass. I got called in to the chairperson's office in early January and was shown that of all the departmental teaching cohort I had the fewest passing students. In the same course, the average pass rate was 88%. Three instructors passed everybody in their classes. The chair said something like, "Maybe you just got a bad class. But keep your pass rate in line with the rest of us."

When Spring came I got 2 classes. I'm in the midst of them now, and my pass rate will be the same this term. I've had some senior instructors come around offering help, asking me what the "problem" is.

They look at my tests, shake their heads. One woman said to me last month, "I like to give them free points for finishing the test on time, or for correctly identifying the author of the textbook. It helps their scores."

Another instructor said, "I give them 5 extra points if they staple their essays before turning them in, and 5 extra points for remembering to put their name and page number on each sheet. It sounds like just a little, but those points really add up."

I know what I should do. I've had enough pressure exerted (including a follow up with the chairperson who said - while looking at a sample student test - "Sure, she got the answer wrong, but you can give some partial credit

for some of the things that she did understand") to know that I need to pass more students.

I go back to the state school and teach the same class. Students there now seem like geniuses to me. They do the work; they don't bitch. I can cover a chapter a day without someone saying, "What's a Thailand

I don't know what I'm supposed to do at the community college, make up for what my students didn't get in high school? But these are not even the remedial courses I'm teaching. I have another chart that shows which of my students (33-40%) have already taken 098 and 099 remedial courses that lead up to mine.

They passed those. They've been told they're ready for college level work. But they aren't.

Am I supposed to stand up to this? Am I supposed to remain the only instructor who doesn't pass the majority of my students? I've not received one encouraging comment about maintaining my standards. All the comments have been about cutting the students more breaks, increasing the number of people who pass.

In January, on the first day of class, one student I'd never seen before walked in, saw me, audibly groaned, and walked out. Do the students already know who I am? My student evaluations from the Fall term were horrible, roughly 50% lower in numericals from my evals over at the state college. The comment sections were littered with, "He's too hard." "He thinks he's teaching a senior class." "My roommate takes this same class with someone much better, and he passes all his tests easily."

I don't have a wealth of experience, so I come to your readership hat in hand. What do I do? I need these few adjunct courses a term to pay my bills. I hope to one day get a tenure-track gig, but until that, I want to keep this job. But I don't want to sell my soul for it.