Lorenz from Los Alamos Tells the Tale of Timesuck Tammy.

Tammy the timesuck had gotten me again.

All semester long I'd spent a good portion of each class working with her instead of other students. She always had a question; it was always something everyone already knew.

So of course today I was not surprised to see Tammy standing by my desk at the front of class at 1 pm when class starts.

"I want to ask you about this essay," she said, holding up the essays I returned in the previous class meeting.

, let's talk after class," I said, gesturing to the full room of other students.

"But you said I could ask questions before class any time," she said.

"Yes, and you can, during the hour of office hours I have before class every day."

"Well, I have to have time to eat my lunch 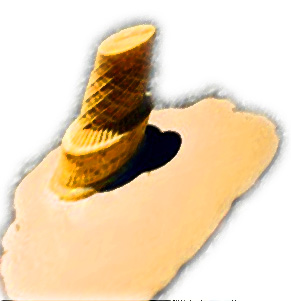 "Okay, Tammy, but like I said, I'll talk to you after class then."

She harumphed and went and sat down.

Class was uneventful, but true to her word she reached me as soon as class was done and threw her essay on the table in front of me. It was a B. It wasn't horrible, but there were some major parts of the assignment she had avoided, namely providing evidence or support for any of her claims.

I reiterated what I'd written and asked her if she understood.

"No, I'm not talking about the grade at all. I'm talking about the value of the essay, the worth, whether it does what the assignment requires. You haven't provided evidence or examples. You can make claims okay, but you never support them."

"But I got a B," she said, unblinking

"Yeah, that's what it's worth like this, with no examples."

She opened her bookbag and pulled out a mess of papers. "This is one of my other drafts. I think I used lots of examples here. Could you look at it?"

"Sure," I said, thinking about the other classes I had that day, the other grading that would have to take a back seat.

I took her messy stack of papers back to my office and during the day I worked through it. It wasn't at all like she had promised. There were no examples or evidence. It was a slightly different version of the B paper she had turned in.

But during the day I identified 5 places in the essay where specific evidence was needed, and using the finished draft and the messy draft as guides, I showed her where she could revise the paper, and, indeed, the kind of evidence that a reader would need.

I spent about an hour on the project and took the batch of papers and notes to our next class.

She wasn't there. I taught, went back to my office, and there I found an email from the registrar. Tammy had dropped.