U of Alberta dean stole speech 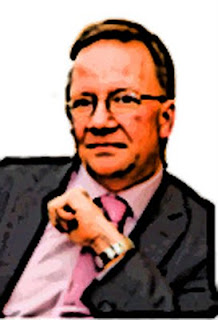 Students say a speech given by dean of medicine Philip Baker during a convocation banquet Friday night, which told personal stories about how medical science has helped his wife and children, was lifted from a talk given by surgeon Atul Gawande at Stanford University's 2010 medical school convocation.Medical students at the University of Alberta are disappointed after they say their dean copied a graduation speech.
"It was a phenomenal speech.… I was very impressed with the speech. It was very eloquently given and reflected very well on the evening," said medical student Jonathan Zaozirny, who was there for Baker's remarks.
But when students looked up parts of the speech online later in the evening, Zaozirny said, they learned the speech was not written by Baker.
Full Article.
Toronto Sun Article.
[+]

U of Alberta dean accused of plagiarism apologizes

Dr. Philip Baker, the dean of medicine at the University of Alberta, has apologized for not attributing some of his convocation speech.(The Gateway)
The dean of medicine at the University of Alberta is apologizing to his colleagues and students after being accused of plagiarizing his convocation speech.
"The talk was intended for a private audience," Dr. Philip Baker wrote in a letter to the graduating class. "Nevertheless, my failure to attribute the source of my inspiration is a matter of the utmost regret.
"And, while there is no excuse for the lapse in judgment which occurred on Friday evening, I can only offer my sincere and heartfelt apology."
Full Article.