"Worst Professor Ever" Sounds Like a College Misery Handle, Don't It? 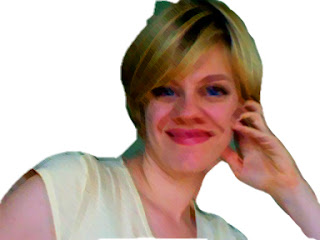 I've been pretty busy as of late. Summer teaching, failed attempts at research, failed attempts to submit comments to this blog--all those things have been keeping me somewhat away from the regular happenings of this humble blogspot. At a quick glance, I haven't noticed anyone up here talking about Amanda Krauss's blog, Worst Professor Ever. Here is a link to it. Discuss. And if people have already been discussing the blog up here and those people just don't have anything else pressing to do, they can feel free to take a bite out of my ass in the comments. I'll ignore you as usual.

This particular posting about why she left academe is the post that (so far) has been most interesting to me. I'm curious to hear what the rest of you think. Frankly, I don't quite know what to do with some of what she says, no matter how much I relish her comments about academic elitism, etc. For starters, it seems to me that, as a headline, "Former Classics Professor Moves to Austin (TX, I'm assuming?) to Reinvent Herself" reads about as radically as, "American Literature Professor Also Teaches American Studies."

Moreover, all the praise that she appears to be getting, and that she quite understandably displays on her ingeniously titled "praise" page, would seem to be the direct result of her position in academe: a disenfranchised humanities prof from an elite institution has come back to tell all, to tell you all about all of the fuckups in academia. She knows because she's been there--and has had the good sense to leave. I wonder if that position allows her to be claimed by both conservative and liberal critics of higher education. Which I guess is just good marketing. So maybe that's why she's been featured in the various esteemed places that she's been featured, and all of us are, well, here.