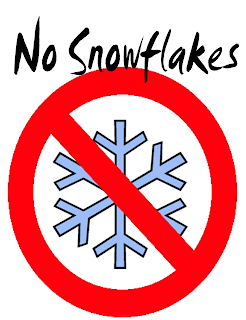 Three years ago, we hired an ABD I'll call Millennial Millicent. Millicent is very bright, open to new ideas in pedagogy, and current in her discipline. She also, however, maintains that classic, petulant, "I'm so special" attitude we've come to know and despise in our students.

Millicent teaches in my department. Her attitude toward those she thinks are beneath her skill level is far from collegial. She believes her personal life always comes first and people on the tenure track don't need to pay their dues. Instead of taking committee appointments which are in fact completely appropriate and in line with her skill set (we're talking teaching committees that do actual work, not staple vs. paper clip), she rejects about half of them because she doesn't like the people on them or thinks they will interfere with her home life.

She is also consistently disrespectful to our recently deposed chairperson behind the chair's back, both to colleagues college-wide and even to higher-ups. This chair has promoted her to the administration and other departments as a good example of scholarship and teaching. Said chairperson knows Millicent has an attitude problem but was too spineless to do anything about it while she was in office other than to say, "I need to talk to her about that." Besides, now that the chairperson has been deposed, it's a whole new political ballgame. It's all about vengeance unto mine enemies, which would be anyone whom she suspects voted against her or played any role in ousting her. She knows Millicent voted for her (and everyone else does too, as Millicent does feel some loyalty to her for giving her the job and the person who just became chair isn't going to be as Millicent-friendly). She is willing to endure any manner of abuse since Millicent might someday be her ally in returning to power. Besides, to admit that Millicent might not be a good fit at this point would be to admit she made a mistake as chair, and of course, that's just not possible.

Millicent recently completed her dissertation, so now her head is so big it can barely fit into the building. She also won a teaching award. She has good academic skills, but, to put it frankly, she's an unpleasant jerk whom few colleagues want to be around. If you're not in her "friends" group or paying her what she deems appropriate respect, you may as well be gum on the bottom of her shoe. As you may have guessed, I fall into that category. I voted against the chair. I asked for her to be appointed to a committee which does actual work. Thus I am the enemy of all that is unique and wonderful.

I get enough of this crappy attitude from my students. I had it from the silverbacks when I was starting out (and still get it to some extent, though I now at least get some grudging respect). I sure as hell don't need snowflakery from the new hires. I couldn't care less if she likes me. I'm not her biggest fan personally either. But damn it, behave like a professional when you've been hired to a professional position: realize that sometimes work comes before your personal whims, serve on committees where your talent might actually make a difference, and, above all don't be an ass to your colleagues.