A VidShizzle That Leads Me To This Story.

As an old guy, 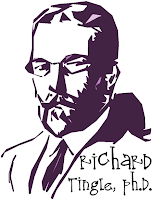 These rarely have anything to do with our class of course.

"What was it like before TV?"
"Did you know Richard Nixon?"

My favorite question lately has been
"What is the biggest change you've seen
in America?"

Actually asked to me by a reporter
at our crack paper.

"Smoking," I said.
"Everyone use to smoke.
Grocery stores, planes, libraries, churches.
Indoors. For pleasure.
I taught when half the class smoked.
Some sat by the window, but most didn't."

"What about the internet?" the reporter asked.
"9/11?" the photographer said, hopefully.

They shake their heads like I'm pulling their legs.

From the NY Daily News:

A quirky political ad for Republican presidential candidate Herman Cain has some people scratching their heads.

The video, hidden on the 2012 hopeful's YouTube page, features his chief of staff, Mark Block, tossing out a few lines to the camera then taking a drag from a cigarette.

"Mark Block here," he says, awkwardly, in the ad. "Since January, I've had the privilege of being the chief of staff to Herman Cain, and the chief operating officer of the Friends of Herman Cain."

The final moments feature Block taking a drag from a cigarette and blowing smoke at the camera. The music ends with a woman singing, "I am America."

Block dismissed criticism over his smoking.

"I'm not the only one that smokes in America for God's sake," he said on Fox News. "It was a choice I made and it was at the end of the ad. The real message that we're trying to get through was the Cain train is on a roll."