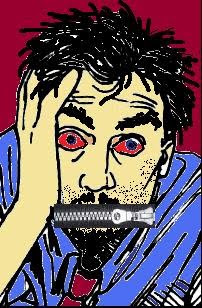 I've made fun of student writing before. Some student writing is poor; some isn't. In this post, it isn't about that. It's about writing that is just plain fun. Here's a small sample from the last few months. Each quote is from a different student, different situation (tests, online forums or conferences, papers, etc.)...

"I do not see Iraq becoming democratic in the near future but when the first Wal-Mart or McDonalds rolls in that will be the democratic companies taking over."

"I guess all people aren’t consider equal in America (Liberal belief) because under this same constitution which was provoked by Liberalism, slavery of people happen for more than 400 plus years, this reminds me of Realism in the most Imperial way, it was just used on a group of people at a dangerous domestic level. Liberals who claim they want religious freedom continue to take the Bible out of school and teach homosexuality which in return tears down the citizen of America (Aids, STD’s), they (Liberals) want freedom but in there exercise of that continually take freedom away."

"I did my research using the Internet and tried to put into my own words what I read and researched on the Internet. Alot of the information is hard to reword due to the fact that they are facts and not opinion."

...and my personal favorite...

"Plato wrote the last days of Socrates, and describes within that document how Socrates comes to accept his death is 399 B.C. The text was written the years following his death but wasn’t officially published by Penguin Classics until 1954."