We talk pretty someday:
I was searching for an old RYS post by the Bitchy Bear from Boston.  My google search turned up a surprising find:  Rankings and Ravings in the Academic Public, (Rhetoric Review Vol. 30, No. 2, 191–207 - you may need to get it through your uni library to get around the academic paywall).  It turns out we are a 'public, producing rhetoric'.  Who knew?

Sometimes the author seems to get it:


I will argue in this essay that the public rhetoric of RYS is in part a response to the consumerist infringement on the classroom of which RMP is just one example. By focusing on their teaching as work and themselves as often imperfect and sometimes unwilling workers, posters talk back to a business model of college teaching that threatens to commodify college teachers and their pedagogical product. In the process of performatively scapegoating students as the primary representatives of consumerism

Other times I'm less sure:


Thus multiple publics will exist in a tension that reflects the diversity of perspectives they represent, a diversity almost impossible to quantify in the United States. Using this definition of publics, we can understand RMP and RYS as separate but complementary expressions of identity and self-interest that display, in a contained format, the push and pull of all public discourse.  Yet we still lack full insight into the structure and mediation of publics because the important theories on this topic are usually applied to classroom practice, in some cases cutting short a more thorough investigation of their theoretical implications.

I just hope Bitchy Bear puts it on her citation list (and where are you Bitch Bear?  We miss you)

Whaddaya MEAN I gotta know what I'm talking about?
Slate reprinted an op-ed bit from the New Scientist suggesting that Science journalists should actually have some basic competence in science.  Some Flava:


Previous attempts at drafting guidelines for science reporting failed because they came from the scientific community, looking like tablets of stone handed down from a priesthood of scientists. But these days many science reporters agree that basic guidelines would protect them from the vagaries of their news editors' preferences. The Science Media Centre also suggests making sure that newspapers include science in the training package for all reporters, editors, and copy editors.

If the press were to hold back from reporting extraordinary claims until they found extraordinary evidence, we would have a very different media landscape for science. Gone would be spurious stories about finding "the cure for" or "the cause of" our most common diseases. And we would never have had a massive scare over a safe vaccine based on a small single study not replicated anywhere else in the world.

It's Christmas, and we can dream can't we?

Tenured Radical meets the Great Lobachevsky
I've had an unusually high (and unusually incompetent) load of plagiarists this semester, so if any of you haven't already, check out Tenured Radical's post on the subject.  Some favourite gems:


I will be far more sympathetic if you simply fail the class, or get a bad grade, than I will be if you are hauled up before a disciplinary board and hung out to dry for preventable a$$hattery.

because cheating is evidence of rank stupidity, many people do not get away with it.  In fact, many people are no better at cheating than they are at doing the work for the course.

What few undergraduates grasp, given that dollars are paid in exchange for their heads being cracked open and education poured in, is that you don’t purchase ideas with tuition.  The people you read actually own their ideas, and deserve credit for them.

And finally a Christmas card
This morning, I got an e-card-cum-chain-letter that's been making the rounds.  Between pictures of frollicking snow-persons, it wished me an assortment of small joys and miracles.  It was rather touching.  It concludes as follows (verbatim):


Send this phrase to the people you'll never forget .
It's a short message to let them know that you'll never forget them.
If you don't send it to anyone, nothing bad will happen, but just think how good you felt when you received it.
Take the time!
Best Wishes
Wishing you the very best for 2012 and ...
Peace on Earth

Rather captures the Zeitgeist, does it not? 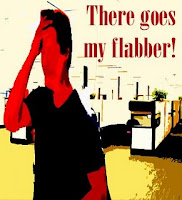