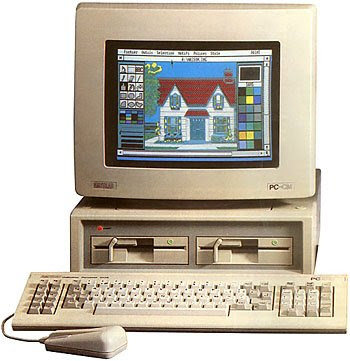 Dartmouth has become the first Ivy League college and one of a handful in the nation to require all undergraduates to own a personal computer.
While almost 90 percent of Dartmouth's 4,200 undergraduates already have personal computers, making computers mandatory will mean Federal student aid can cover their purchase.
The college, whose faculty voted for the proposal last month, said it had instituted the policy primarily in response to last year's change in the Federal student-aid handbook, which says computers may be included in a financial-aid package only if all students are required to own them.
The Federal policy has meant students with limited resources could not buy computers, said Deborah Nichols, a professor of anthropology and a member of the faculty executive committee at Dartmouth. 'Case for Discrimination'
The survey conducted by the college last year showed that computer purchases dropped from 77 to 64 percent among minority students after the change in the Federal aid rules, while purchases by nonminority students remained about 88 percent.

"It seems like the Federal ruling has created a case for discrimination," said Dean Wilcox, a professor of chemistry and chairman of the committee on the freshman year at Dartmouth.
In the college's survey, 69 percent of the incoming freshmen agreed that the purchase of computers should be mandatory.
"To me the most important reason for implementing this proposal is for academic reasons," said Jessica Levine, a junior history major from Kingston, Mass.
Dartmouth's academic programs rely heavily on an extensive campus computer network. Almost 7,000 computers from residence hall rooms, public computer areas, academic buildings and most administrative buildings are linked in the network. The computers supply access to course material, library catalogues and electronic mail, among other services. Loan Assistance
"I am encouraged that the faculty initiated and voted to accept this requirement," said Lawrence Levine, Dartmouth's director of computing. "This acknowledges the importance of computing and network services to the academic life of all students."
Incoming financial-aid recipients will now be offered access to the system with loan assistance up to the cost of Dartmouth's standard computer package, which costs about $350 a year over four years.
The institutions that have previously made computers mandatory are Drexel University in Philadelphia and Clarkson University in Potsdam, N.Y.