From the LA Times.

A very rough road for community college students
Many graduated from low-performing high schools that ill-prepared them for college, making them unlikely to get a degree. L.A.'s. community college district is responding with special programs, but one social scientist says it's not enough. 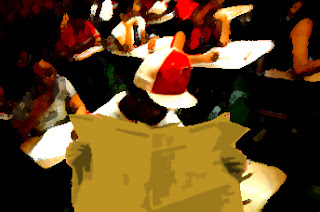 Foster Washington knows the odds are against him. The Los Angeles Southwest College student is a 20-year-old from a tough neighborhood in Watts where, he says, there was little encouragement or preparation for college.

Recent studies suggest that students such as Washington are the least likely to stay in school, get a degree or transfer to a four-year university, hampering their future job prospects.

But Washington is determined to be the first college graduate in his family of 12 siblings. Southwest, part of the nine-campus Los Angeles Community College District, is trying to fulfill his goal through new programs focused on intensive tutoring, faculty training and helping students adjust to college life.

"I have no time to hang out on the street with my homies; I want to be at school every day," Washington said after a recent English class that he said is his favorite. "Coming here gives me a sense of worth."

He is eager and engaged, particularly when discussing the writings of Malcolm X and Frederick Douglass in the all-male class. It is a remedial class aimed at students who need additional preparation before enrolling in college-level English; two tutors are on hand to supplement the instruction of the professor.

The class is part of a program geared to young men of color, but nearly all of the 8,000 students at Southwest have unmet social and academic needs, said Patrick Jefferson, dean of student services. About 96% need remedial math and English, and many are the first in their family to attend college. They grew up amid crime and poverty and graduated from local high schools that are among the lowest-performing in the state, he added.