A Note From The Wife of Ralph from Rutabaga Ranch.

Last night I received this note:

I found your address in my husband's email account. I knew he was a voracious reader of your two weblogs, and I know that they had a profound impact on his life after retirement. You were so kind to publish an essay of his in 2007, and he never stopped talking about the things he learned, the things that he was worried about that appeared first on your weblog.

What I don't believe he ever let you know is that that essay and his own strong feelings about academia led him back to part-time work two years ago. Although he had taught most of his life in New York City, in retirement we settled in the country near a large junior college. He began to inquire of the administration there if he could help out with teaching or mentoring. And for almost two years he did that, teaching one night class each semester and taking on a training role for new faculty.

I know that he did it partly out of boredom, but also partly because the ideas on your websites so interested him.

"I have to do it," he would say to me, when he begged off a routine chore around the house. He always said it was like a burden, but the happiness he felt going "back to school" was so evident.

Four months ago now, however, he was diagnosed with cancer, and two months ago he passed away peacefully after a palliative stay at a local hospice.

I've been hearing from former colleagues and students, of course, but as I was sorting through old electronic files on his computer, I kept seeing page after page that he had copied from your website, and he had a folder of email exchanges that he had made with Calico, who I hope I'm reaching directly with this note.

I taught for twenty-five years in a public school system, but once I retired I put it all behind me. My "Ralph," though, never did. And it gave him such pleasure. I believe I have you and your weblogs to thank for some of that. And I wanted you to know. 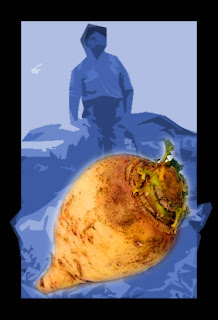 I dare say I'm one of the older readers here, retired for 5 years now after 37 years as a professor, the last 25 at a large research university in NYC. I've left that behind now, and live on what you might call a "gentleman's farm" in upstate NY where I raise tomatoes, potatoes, rutabagas, and occasionally the finest squash in the colonies. I've not written to you before, but after having read this site and many other academic blogs, I couldn't help myself.


I believe I reached the top of my profession, articles, books, awards, and a certain notoriety in my field. I published 12 books during my academic career, 8 of them solo. The last one, the one we call the "BIG" one, was nominated for a national award. I only mention it so I can reveal this. It sold 412 copies over 5 years, and I daresay that many of those rest in libraries uncracked to this day.


Sometimes at conferences people would recognize me. Maybe one person would. My work was important in my own life, but hardly at all in anyone else's. I was ambitious, sought tenure and promotion, and found that there was no reward for either. I wanted to make a mark, but I discovered that a scholar has so little value in our culture, that my ambition was mostly wasted. I lived in an expensive and wonderful city for most of those years, and while my salary was large compared to the AAUP averages nationwide, I could barely afford to insure and park my car and get a dozen or so bottles of good port a month.

When I look back on the charging I did all those years, I just chuckle now. There's nothing up there, darlings, at the top of the ladder. Not if you're looking for acclaim or respect from without. It's true, what I did rewarded me personally, but that was not something I realized until I was nearly gone from the academy.
I read these academic blogs where the young scholars are looking for respect, notice, for their work to mean something. And I am wowed at their professionalism and achievement. In my day, one never heard of graduate students with publications and awards. Now it's commonplace. Even before I left the university I would sit in junior faculty offices and marvel at the tremendous new insight they brought to my tired old field. I think they should pursue their scholarship with vigor.


But I must tell you, unless you're studying celebrity culture or high finance, your work better fill you with pride, because nobody will ever care about it, not even one dram.


I don't say this to draw your wind, but to let you know that it makes sense to focus on the elements of the job that bring you personal happiness. Don't worry about what others think. The truth is that almost nobody will ever think of you, not even if you publish widely. Do it for yourself, and quit thinking about being ahead or behind of your peers - or even long-gone scholars like me.

I had a wonderful career, but too much of it was wasted worrying. While I was at a top drawer university, I always wondered if I should go somewhere else, to the west coast, or maybe the Midwest. I was wooed several times at a large school in Texas. The questions were with me my whole career. Will I get a good job. Will I impress my mentors. Will I publish the dissertation. Will I rise. Will I get tenure. Am I good enough. What about another book. Am I better than So-N-So.
It was for nothing. So-N-So had his own worries. Leave him and them to it. Do it for you, and quit frantically reaching for the top rungs of the ladder. What's waiting up there is not what you're chasing.