The Definition of a Snowflake

from our Glossary:
Snowflake1. Overly entitled student. Over-inflated sense of self-esteem and self-worth comes from being told that they are precious and unique, just like each snowflake. 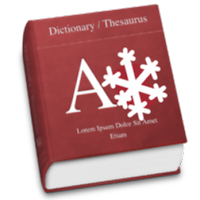 Every now and again someone from outside my profession hears me refer to students as snowflakes and asks what I mean. "What do you mean?" they ask, being unfamiliar with the kinds of behaviours and attitudes that you and I, dear reader, experience on a daily basis. And I try to explain, often using (as I recommend to my snowflakes), examples to illustrate my thesis. Sometimes people get it, especially if they have jobs which put them in supervisory positions over gradflakes. But sometimes they just think it is me being an old crank, and hating my job, and not understanding the current generation, or whatever.

Today I had a student who absolutely crystalized the definition of snowflake behaviour, and I will be using him as an example in the future. It happened in this wise:

Today was the final of Writing Like a Hamster 101, and students had the traditional 2 hours to produce some artefacts of Hamsterology by writing with their little paws in the fabled blue books. Things were uneventful until the last 5 minutes of the exam time, at which point there were a handful of students reading over their papers, and half a dozen still scribbling feverishly.

Suddenly into the silence there was a terrifically loud banging, as if someone had body-slammed into the wall. Startled pens were dropped, and I took a turn around the room to investigate. Turns out, the slamming had been caused by a student knocking violently on the closed but unlocked classroom door. Said student, let's call him Flake Snow, was in my class, but had not turned up for the start of the final.

Dude was not bleeding, and all his limbs appeared to be attached, so there was no visible reason for the disturbance. "WAIT HERE UNTIL IT IS OVER," I hissed. I went back into the room, sat out the last 5 minutes, and collected the papers. The other students left. I invited Flake to come in and explain himself.

So, it turns out, he had misread the exam schedule, and thought the exam started later in the afternoon. Okay, dude, whatever, stupid shit happens. The thing that made this such a seminal snowflake moment was his choice of actions.

Having made an error that was entirely the result of inattention or sloppiness (the schedule is perfectly clear), he then interrupted a room full of people who were stressed and trying to concentrate. HIS problem was so important he couldn't wait even 5 minutes to have it addressed. Those other people obviously didn't exist for him, and nor did the concept of taking responsibility for his action.

When I said, "I don't see how this problem of your own creation justified interrupting everyone else's exam," it was like I was speaking an entirely foreign language. Other people don't matter, and he wanted attention right then. 5 minutes be damned. Opening the door and coming into the room quietly be damned as well.

The thing is, it wasn't even that big of an emergency, and he knew it, since the first thing out of his mouth was not an apology, but a demand for a new time to sit the exam.