Let me start out with some context. 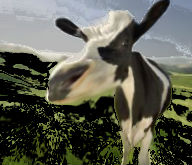 I'm not permitted in my current job to go "off book" as it were. I have Big Boss. Big Boss sets the teaching pace, goals, grading rules and the rest. It's great, because I just have to show up, teach the plan, grade, and leave. It ensures that the Flakey Flakes have the same standards and training to get through Class A, B, C, D, E, F and G. It sucks because of the common exams: if your class is slow/gets behind/you don't explain things really tea-partying well the first time, your students will get whacked on the exams. Sure, there are some things that Big Boss does that drive me tea-partying crazy all the tea-partying time, but overall, Big Boss is like a beautiful pit bull who goes after the throat of the flakes. Big Boss has told the Dean where to get off. Big Boss has standards and maintains them. We are supposed to fail the students who don't get it. I love/fear Big Boss.

"Show no pity," Big Boss says. "Fail them if they don't know the material. Send them to me. I'll deal with them." Personally, I fail at least two students a quarter in a typical class.

The students are delusional. Absolutely delusional. Worse than delusional, they are mathematically challenged. The course is a set number of points across all the classes. The students earn points as they go, and if they earn a sufficient number of points, they earn the appropriate grade. The extra credit is a MINISCULE part of this grade; I'd say about three percent of the total. The extra credit really only makes up for one bad section on one exam. It makes what would probably be a borderline grade a solid grade.

Who does extra credit? The super keener/grade grubbers or the hopelessly fucked.

What's worse? The extra credit is run by volunteers, and given the current state of affairs, the volunteer positions have been rather impossible to fill. Students complained. Students whined. I came up with a few solutions, and as usual, only the super keener and hopelessly fucked showed up.

I lost it last term. I really did. The term before, I had a cheating (not worth sending him to the Ministry of Little Consequences), dumb-as-a-rock fraternity student. This student did the extra credit with such gusto that I realized this was how the student had passed/survived high school. The work was shit. Absolute shit.

I got it in the student evaluations. The two students I failed went for the jugular, and I am absolutely certain that the venom that they seethed came from my gender. Both of the failing students did all the extra credit. But a three percent bump to a D- makes a .... D- or D, depending on how poorly they did on the final exam.

Here is how I lost it. I hate extra credit. I have to offer and grade it because of Big Boss, but frankly, the extra credit really doesn't do much. I had just gotten and read the student evaluations with the two angry "you're a bitch who can't teach and this class was too hard" bullshit before going in to the new term. I told the new crop of students that extra credit wouldn't save them, and I walked them through the math behind the extra credit. I explained what I did above: three percent is very small, it helps one bad section on one exam, but extra credit will and cannot save a failing grade. I spoke loudly in my teacher yelling voice.

I had more students do extra credit. More of the middle. It helped a few students bump up a +/- grade and most of them were genuinely interested in the extra credit material. It became a lot more fun to grade. The students understood that extra credit was a bandage for a small mistake. I had great evaluations.

I still hate extra credit. I think it's undignified of collegiate level learning. Students should go to things or read things outside the course because it stimulates them. This is how you cultivate a life of the mind: you engage in new ideas and experiences because you want to, not because someone is going to give you a cookie called extra credit. I also have deep, ethical issues with extra credit, as many times it costs money, and I know there are some students who sincerely cannot afford to go to these "extra" activities. It widens the gap between the haves and the have nots.

My name is Maybelle, and I hate extra credit.