Online Summer Fun: The Good, the Bad, and the Ugly 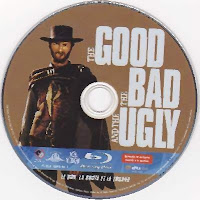 We are halfway through Early National Hamster Fur Classics, so the class has pretty well separated itself into the students and the snowflakes, with the snowflakes further differentiating into the irritating but harmless and the "I'm counting the days till you're retaking this class with someone else" subsets.

Soldier Sally is an Iraqi combat vet going to school on GI benefits. She has actually come to campus twice during office hours. She wants to excel in the class and asks good questions. She catches my mistakes and is polite when pointing out that a file hasn't loaded right or something I said should be visible isn't.  Her discussion posts are on topic, have lots of examples, and provide genuine insight into what she reads.  She is especially good at seeing how what hamsters wrote a long time ago influences our culture today.

Studious Stuart is disabled and takes online classes because he can't physically come to campus for long periods of time.  He wants to chat or email during office hours at least once a week. He already made arrangements to take his final exam at a testing center near home even though the final is still over a month away.  He has a strong sense of literary aesthetics and can analyze almost anything in terms of both culture and creative strategy. He also writes outstanding posts with no errors and is good at drawing out his classmates in discussion without being rude. He's the kind of student online learning is tailor made for because without it, he would not be able to get his degree.

Intermittent Irma has selective literacy. When she does the class readings, she is good at demonstrating comprehension. Understanding directions, however, is another story. She did the first four assignments incorrectly. I put detailed comments on the first two about why, and the comments were almost identical each time. Not until she got the fourth F did she ask me about it, apparently being unable to read the feedback I sent previously. I went through it one more time. I just graded the fifth assignment. She did only half of what I asked. Guess who failed again?

Random Robert is a non-native speaker. He has incredible insight, but he too is not a good follower of directions. One of his discussion essays was brilliant in content (not so much in form with typical ELL errors), but it didn't answer any of the questions I asked.  Another time, he did a completely different set of readings from what I assigned and then wrote something that answered the question I asked but with no assigned content. I thought he might have plagiarized that one, so I spent about 30 minutes looking for it with no luck. I finally just asked him about it, and he told me he'd read everything in the whole textbook unit and picked the works he liked best.

Indifferent Irene has a stellar 20% average. She has missed three of the first five assignments, has not started on the research project, and refuses to interact with her study group. Being the good little online proffie I am, I've contacted her three times now to tell her I'm concerned about her performance and ask her to set an appointment with me to discuss how to improve. (If you think that's too much hand-holding, I agree with you; however, in the CC world, we have to demonstrate student engagement, and our new LMS actually tracks how many times I initiate conversations with my students.) I know Irene is getting my messages because she actually logs on fairly often. She just refuses to do any of the work. It's already mathematically impossible for her to earn anything below a low C, and that's only if she does A work the rest of the term. I have another set of discussions to grade tonight. Care to take bets on whether Irene did anything but access the page?

Authorial Anson announced to everyone on the first day of class that he is "a great writer."  If by great he means, "I can fill up a discussion board with the biggest load of bullshit and largest number of $3 words," then he's wildly successful.  He got pissy with me when I pointed out that he needs evidence from the text to support his opinion. He says I grade too hard and all his other English teachers have said he's brilliant.  He also complains regularly about the reading load, saying he does, after all, have a full-time job and a life. Gee, do you think his not doing the reading and then writing a bunch of really truly very unique and interesting commentary on how fascinating the wonderful classic works of the literature written by hamsters during our early national history which is so exceedingly important might be contributing to his 65% average?

Maybe one of these days I'll have a class full of Sallys and Stuarts.  It's been years since that happened, and it's never happened online.  In the meantime, I'll deal with my spaghetti Western assortment and do the best I can.