Why Do I Do This Again? 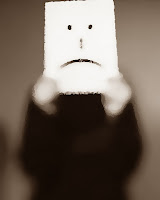 Students in two sections are working on a major research project. They've reached the critical halfway point. If they do this part correctly, the rest will be a breeze. If they blow it, finishing will be like trying to swim in mud.

I give them an opportunity for free help at each junction of the project. I ask them to turn in a rough draft of the part they are working on. It doesn't even have to be complete. It can be just a paragraph or two so I can see if they're on the right track with the section. They get full points for turning ANYTHING in that looks remotely like what I requested, and I in turn give them feedback before they have to turn in the portion for full credit.

The most recent segment was due Wednesday. When I went to read the drafts, two students in one section had followed directions; only one was smart enough to get it in the second section. I decided surely I must have done something wrong if so few did what I wanted. I provided comments to everyone who turned something in, telling those who screwed up what they did wrong and what I needed to see. I then announced to the classes Friday that they could redo the assignment and I'd take it for full credit till midnight last night.

I just checked my assignment box. Only four more students even made an attempt to try again. So seven students out of 42 will be getting points that are all but free. Another 30 will be getting token points for having turned in something, even though it's not what I asked for, and will no doubt be whining about what little they earned. Coming to class and hearing me say it, reading the comment I put on your piece-of-shit submission, and getting an announcement notification in your email about the extension for re-dos won't be enough. Clearly my customer service skills are lacking.

Don't get me started about the walking dead who are left. They refuse to do any work toward the project, don't respond to my emails and requests to see me during office hour, and also refused to drop. The drop date has passed.  Some will attempt to come back from the dead at the last minute, insisting they didn't understand the project or their teammates didn't contact them (all of which can be refuted since I require contact and work to be done through the LMS). I tried to warn them of the zombie apocalypse that would result from not doing their part on the project early on. One has already told me how horrible her life has been but how things are going to change right now. Unfortunately, when you've spent half the class letting your brain be eaten instead of using it, the outcome will not be what you want.  Hello, zombie; meet the nice, fat F your transcript will contain for the rest of your undead existence.