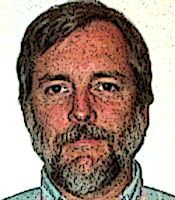 In an email sent on his behalf to his Calculus I class' 31 students, McCarthy apologized for the episode and the problems he caused.

"The incident that occurred Monday was unfortunate," he writes. "Although I do no remember what happened, I have been told that I may have caused distress among my students during Monday's class. For this I am truly sorry."

McCarthy, 57, reportedly shouted about Steve Jobs, God, religion and other topics during his Monday afternoon class on Oct. 1, then stripped naked and continued screaming in the Engineering Building's hallway in what students called an apparent mental breakdown.

Witnesses took to social media, posting numerous first-hand accounts of the incident around the Internet, putting the incident in national headlines. One witness posted a picture of a naked McCarthy, handcuffed and sitting on the Engineering Building floor, to Reddit.