CrayonEater Sends in This Link From HuffPo. 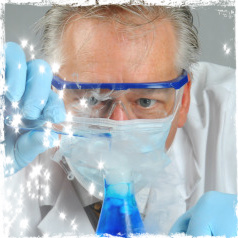 When you read about medical breakthroughs in the newspapers, you shouldn't get your hopes up. This is not because of journalistic hyperbole or even the fact that cures often are years away from the initial publication of result.
It seems that an increasing number of scientific studies are just plain wrong and are ultimately retracted. Worse, a study published in October 2012 in the Proceedings of the National Academy of Sciences (uh, if it's true) claims that the majority of retractions are due to some type of misconduct, and not honest mistakes, as long assumed.
The blog Retraction Watch tracks such retractions and has notified its readers of hundreds of journal-article withdrawals in 2012 alone. The king of retractions, according to Retraction Watch, is Japanese anesthesiologist Yoshitaka Fujii, who falsified data in 172 of 212 of his papers published between 1993 and 2011. All of this came to light in 2012. [See Last Year's Biggest Science Retractions]