This article from yesterday's NY Times reads like a press release, but to me the implications are sinister. Are they really saying that students will pay upwards of 40k in tuition for the privilege of developing a product for "up and coming" entrepreneurs, who will then market the product and reap the rewards? Or am I misreading this? 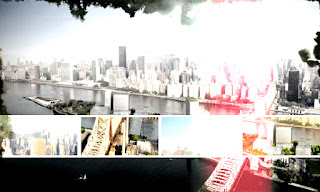 Their curriculum devotes months to helping a company solve a current technological challenge. Their progress is supervised not just by an academic adviser, but also by an industry adviser. Their vast campus on Roosevelt Island, when it is built, will intersperse classrooms with office buildings, where high-tech companies can rent a suite and set up shop.

And when they showed up Monday for the very first day of classes at Cornell NYC Tech, the most ambitious institution of higher education to open in New York City in decades, students arrived not at some temporary structure on the edge of a construction site but to 20,000 square feet of donated space in the middle of Google’s $2 billion New York headquarters.

Cornell NYC Tech, a new graduate school focusing on applied science, is a bold experiment on many fronts: a major expansion for an august upstate school, a high-impact real estate venture for Roosevelt Island, an innovative collaboration with a foreign university, a new realm of influence for City Hall. But the most striking departure of all may be the relationship it sets forth between university and industry, one in which commerce and education are not just compatible, they are also all but indistinguishable.