This article, written by a recently-retired high school teacher, has been making the rounds.  It doesn't contain any surprises (we knew we were dealing with the effects of NCLB), but it's still an interesting inside look at the effects of the testing culture, from the perspective of what sounds like a good, thoughtful teacher. 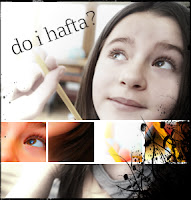 You are a college professor.

I have just retired as a high school teacher.

I have some bad news for you. In case you do not already see what is happening, I want to warn you of what to expect from the students who will be arriving in your classroom, even if you teach in a highly selective institution.  No Child Left Behind went into effect for the 2002–03 academic year, which means that America’s public schools have been operating under the pressures and constrictions imposed by that law for a decade. Since the testing requirements were imposed beginning in third grade, the students arriving in your institution have been subject to the full extent of the law’s requirements. . . .

Further, most of the tests being used consist primarily or solely of multiple-choice items, which are cheaper to develop, administer, and score than are tests that include constructed responses such as essays. Even when a state has tests that include writing, the level of writing required for such tests often does not demand that higher-level thinking be demonstrated, nor does it require proper grammar, usage, syntax, and structure. Thus, students arriving in our high school lacked experience and knowledge about how to do the kinds of writing that are expected at higher levels of education.

Recognizing this, those of us in public schools do what we can to work on those higher-order skills, but we are limited. . . .

I suspect it might also at least partially answer Cynic's question on a recent post: "What is WITH the procrastination?"  Part of it's probably just human nature.  I procrastinated in college; I procrastinated while (not) working on my dissertation; I still procrastinate at times, though somewhat less so now that I have a bit more control over how I structure my time, and a bit more confidence in my ability to do what I need to do -- and I think that's the key.

Students who are absolutely overwhelmed by the idea of writing a paper -- even a short, simple paper -- because they've done it only rarely, will procrastinate, and mentally squirm in various other ways that are basically the non-verbal equivalent of "do I hafta?  Do I really, really hafta?"  Students with more practice will still procrastinate, but probably not to the same extent, or for the same length of time (e.g. they might actually read the assignment in advance, and ask questions a week, or at least a class, before the due date).