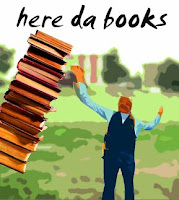 The Creepy Book Buyer Guy is lurking in the hallway again. I've managed to avoid eye contact and to pretend to be busy when he sidles on by, slowing as he notices someone (me) in my office. In the past, he has rifled through my shelves, which has felt akin to some grubby stranger handling my clean laundry. These books, the ones I treasure, are not on the market, and I have cringed to see him hover his scanner over the barcode and then turn an expectant look my way. "Not that one," I have hastily interjected. And he has moved on to others. It boils down to this: I don't like him touching my treasured books. But what about those that arrive free, unsolicited for me to consider?

I know it's not quite like the purposeful act of music/movie piracy, but I still feel guilty about selling him books that I didn't pay for because some colleagues act like I've stoned a bunny when they see me talking to the Creepy Book Buyer Guy, and others act like it's our right to profit from the capitalistic pigs that are the large exploitative textbook companies. Sure, I didn't ASK the publishers to send me free copies of texts that they're replacing with new editions every other year now (why?!!), but do the publishers' (many) transgressions justify my profiting from these texts? How would I feel about others selling my textbook (actually, I think I'd be OK with it since the pittance the author/editor receives is just that... a pittance)?


The fact that Creepy Book Buyer Guy ACTS guilty as he skulks around our department probably amps up my own feelings of guilt. In the past, I've always sighed with relief when he has left, thinking: "Oh, good, he's finally done. And he's found some books I'm happy to relinquish." But I always feel dirty as he lays bills down on my desk (In a "just leave the money on the dresser on your way out" kind of way) and hauls away the three books I know I'm not going to use. My department head has assured me that any profits we make can go into the departmental fund for mini-student scholarships and prizes so that some good comes of my guilt, but does that just make our department culpable in this scam? Should I have returned the books to the publisher rather than selling them to Creepy Book Buyer Guy?

How do the rest of you deal with the book buyers? I know they're not all creepy like the one that seems to most often frequent our halls, and it's not really his fault that he resembles the character Gru, from Despicable Me, but in the +15 years I've taught, I still have yet to reconcile how I feel about this illicit-like exchange.