Grammar Matters: Man Threatens to Blow Up Government Building Sign Over Misspelled Word. Actually, Not to Be Picky, It Really Isn't a Misspelled Word so Much as It's the Wrong Word. Sure, It's Misspelled if It's Supposed to Be And, But An is Spelled Correctly. It's Wrong. Hell, It's Wrong as All Get Out. But It's Nothing To Get a Pressure Cooker Out About. 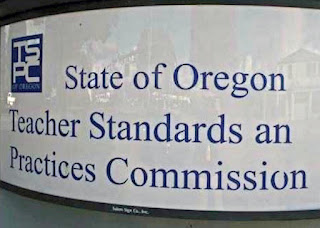 A man in Salem, Oregon took his obsession with correct spelling slightly too far on Wednesday morning when he threatened to blow up a government building's sign because a word was misspelled on it.

“He walked quite confidently into our office as though he had a mission, and I think that was what alarmed me right off the bat,” Executive Director Vickie Chamberlain said.

Burdek reportedly told the employees that his bomb didn't detonate, blaming the failure in part on the bomb's downloaded directions, which, according to Burdek, also contained misspellings.


- sent in by Hector