Where All that Google Ad Money Goes.

Okay, which one of us is it?

On Friday night, about half-past midnight, a big spender at Brewskis on 25th Street paid for a $214.75 bar tab with his American Express, and included a $5,000 tip. NOT a typo: Five. Thousand. Dollars. 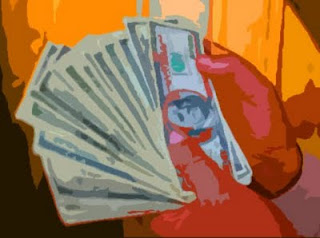 Then, on Saturday night, just down the street at the new bar Alleged, a patron left a $1,000 tip on a $49 bill — paying with an elite American Express Centurion card.

Proprieters of Brewskis have declined comment on the tipping incident there; word on the street is that the windfall may have caused hard feelings among some members of the bar’s staff.

Over at Alleged, the tip was so big that the bar’s computer software for its cash registers wouldn’t permit the transaction.

“It only allows patrons to tip up to 100 percent, and he was wanting to tip, like, 2,000 percent,” said Alleged owner Jared Allen. “So he tipped 100 percent, and then had us list the rest of the tip as a purchase.”