Undergrad Misery From Conan the Grammarian. 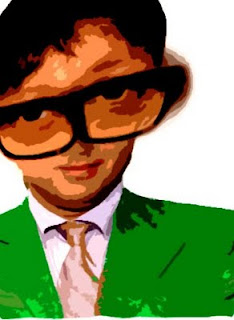 I am an undergraduate student at a mid-level university studying HRM (Hamster Resource Management) at a relatively okay business school. About forty percent of our professorship came through academia (you know, going to school to teach school), and the remaining sixty percent were successful in their fields (going to school to make money and then later going back to school to teach school). And you know what? They rock. I have not had a single professor in our business school that I had an issue with. They are all remarkably knowledgeable about their fields, classes are typically interesting, informative, and allocate time properly (I get annoyed when professors spend class time on basically anything other than teaching). They are kind and approachable, but still professional. All in all, they pretty much kick ass. But then there are my fellow students... This is a story from my first week of classes this semester.

The class was an upper level HR class, the Ethics of Hamster Resources. Our professor came highly recommended by the prof from one of my last year's HR courses, a large reason why I took the course. She is young. Remarkably so. We shall suffice it to say that, though I am male, I am not enticed by those of the opposite gender (seriously, I should have been an education major; so many good looking gay guys there), but that she was objectively attractive. One of my fellow students felt obliged to point that out near the end of the class.

Professor Professional: Any questions about the course or my qualifications?

Bronx-Accent Bill: (hand unraised) Yeah, professor, I just wanna let you know that us guys [sic.] might have trouble concentratin' and all cuz you're so gorgeous.

Silence. Some people look expectantly at the professor. Some people look at the student. Most people just act like a homeless man has asked them for money and that something very important, such as notes that don't exist, require their immediate attention. Now, I was willing to spot him one. I tend to give people the benefit of the doubt. I genuinely believed that he was trying to pay her a compliment in a way that he thought would be humorous. It sounded good in his head, but didn't work when the words left his mouth. I didn't think he was actually a horrible chauvinist pig based on this comment alone. The professor was flabbergasted. And I totally sympathize with her. She went through a lot of school and worked ridiculously hard to get where she is. And you know what? She's probably had to deal with this before. It's probably a sore subject with her. And now, even her students, people she is supposed to educate are getting hung up on her appearance.

"You realize that what you said was completely out of line, right?"

Everyone looks at me. Then back at him. Two of the guys near him seem to be backing him up with their conspiratorial smiles and a supportive elbow here and there.

"I was just paying a compliment." he fires back with a cocky smile. The professor is still silent. I realize that I should have been worried about insulting her by continuing (perhaps implying that she needed to be defended), but I just plowed ahead, feeling slightly redfaced by the fact that nobody in the class seems to be taking my side. I decide to appeal to something I know they will relate to.

"You're an HR major, aren't you? You realize that what you just said would be sexual harassment in a workplace. Not only will you probably be responsible for preventing that kind of behavior if you get a job, but you would be fired for what you just said."

At this point, I feel the tide turning, as it were. A girl in front of me nods and says "So unprofessional." Thank you. I see other heads nodding in agreement. He finally backs down and just sort of shrugs. Victory feels sweet. Because only four minutes remain in the class, the professor reminds us of our assignments and dismisses us, quietly exiting the room. My heart skips a beat because I'm afraid that I may have struck her the wrong way. But when I get home and check my email I find one from her. No "Dear Joe", no closing such as "Sincerely," or what have you, not even the strongly encouraged staff email footer was present. The email consisted of two small words: "Thank you." I think I almost cried.