In which Bella gives an update on her SUCKY English Composition class....... 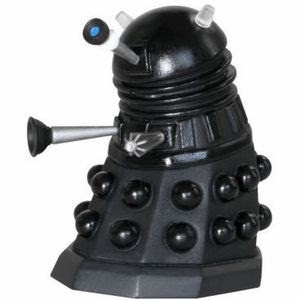 So, this class.  THIS class. Most of them really do suck.  Some of them don't.  I have this theory about critical mass.  That you need a slight majority of students who DON'T suck to tip the scales, or you are fucked.  I don't know if I am right.  But in this case, I definitely don't have that majority.  Out of 24 young hopefuls at the beginning of the semester, I am down to eleven.  Eleven.  They are doing that thing that students do, taking note of all the missing faces.  Making comments that imply that the reason for the shrinking size of the class is that I suck. Today, one of the remaining faces, actually a pretty nice guy, said "Wow, we have gotten to be a very small class!"  A few of the asshat students looked at each other knowingly, smirking and nodding.  I don't know what I ought to have said.  I said "Well, that is not so uncommon, at this point in the semester."  Which elicited a round of  knowing smirks and sideways smiles.  You know what?  FUCK THEM.

My husband told me I should have said something that implied that they had made the cut.  Yay for them.  But not all of the eleven had.  Some of them are definitely going to fail.  Augh.  Does anyone think I LIKE failing students?  Does anyone think I ENJOY the fact that so many of them cannot do the things I ask of them?  This is an epic fail of a class. And I feel shitty about it.

I won't go into what I have begged them to do:  (come to see me during office hours, use our free e-tutoring service, send me a draft of their essays via email for a full evaluation and comments, even over the weekend).  No, what they want are things like extra credit work in the form of taking part in a service project for another discipline.  Sorry, that is not writing, and it is not for me.  You know, your professor for this course.  What they want is ANYTHING that will get them out of writing something, or reading something and showing they understood it.

Our dean came to see me about a student from this class who complained about me.  He wanted me to consider that there had been a personality conflict.....to assign him to another class with an asshat prof who passes everyone.  That is what the student was claiming and asking for.  I categorically denied the charge.  I categorically refused to allow a transfer.  I insisted on a joint meeting where the student offered evidence, even in the form of related incidents from his own stupid mouth, that I had treated him unfairly.  The Dean told me that I was a strong personality, and the student less strong, and how could I think that a poor student would be able to confront me like that?

I am lucky.  I have to count my lucky stars.  Somehow, under duress, I have ended up being Chair of this department.  I have tenure. This Dean, he's stuck with me.  He had to take my no for an answer.

Screw that.  That site and the people who maintain it can burn in hell.  I estimate that out of my 24 hopefuls at the beginning of the semester, I will have maybe 5 who pass.  I have had MUCH higher success rates in the past.....but this is one of those semesters.  It's good, for me to experience it.  I was getting a little cocky, I was.