The T Shirt Prof With Some Colleague Misery! 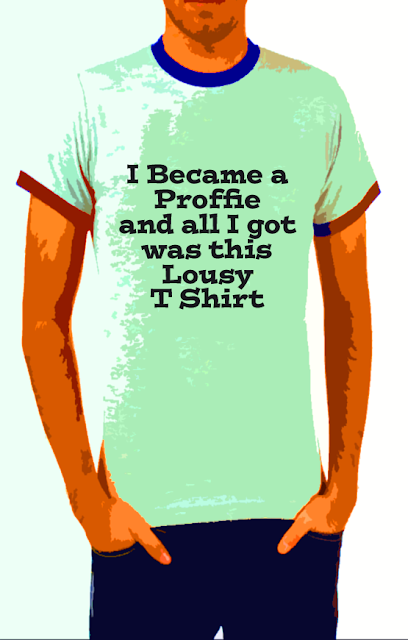 A recent example - we've had a number of very public email listserv accusations fly regarding the administration. These include pleas to reopen a department slated to close this year, enrollment concerns, denial of tenure concerns, budget concerns...none of these are particularly unexpected. However, nearly half the specific concerns raised turn out to be directed at a recent unsuccessful candidate for faculty leadership, by people currently serving in faculty leadership. All of this is done rather passively (we are in Midwest, after all), so the fact that it keeps coming back to personality conflicts is entirely hidden.

"How bad can it be?" you might be wondering. Well, the accused faculty member has suffered through interviews with the Department of Education, the FBI, HR, been investigated by local media, and even had the police called. Perhaps most idiotic was the comment made by a local blogger (and friend of the bullies) regarding the campus community garden, run by...you get the picture.

This past weekend yet another ugly story ran on a local television station, from an anonymous source, regarding a new building on campus that is "virtually empty." Yeah, the administration shouldn't have had a big party and ribbon cutting if the building wasn't finished yet, but it isn't really news that no classes are being held in it if they are still painting it. But yet, that's what our union leadership seems to be reduced to. Last year's hijinks included pulling legislators aside on the house floor to "report" issues with grade changes.

Isn't anyone proud of their jobs, their institution any more? Why try to further stain the reputation of your institution when you could be, say, focused on beiing a better teacher, or researcher, or even colleague? I've decided to essentially stop paying attention, but when people outside the institution constantly ask me about this gossip, it's hard to keep my blood from boiling.