7 Years Ago on RYS. "Fearing the Tyranny of Student Evaluations." 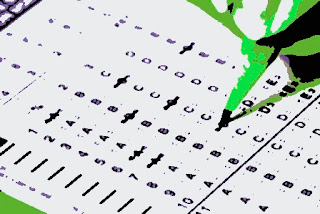 I can't begin to tell you how much I appreciated the recent posting on Student Evaluations. More and more I feel the Tyranny of Student Evalauations, even though (or maybe because?) mine are usually very good.

Yesterday in class we had a visiting speaker, a well-known poet whose work we'd studied--and had lively discussions about--before she came. She attended the class for no pay (just the sale of her books to my students). As she was speaking and generously sharing her wisdom, one student came in late and promptly put his head on the table and fell asleep. Another's eyes were closing, and I glared at him, and he immediately found the energy to wake up. Another opened her laptop and began typing away, even though I've banned laptop use from my classroom. I didn't want to interrupt the speaker, so I tried to concentrate on the students who were clearly focused on what she was saying.

Afterward, I struggled with what to say to the students who I felt were rude. And I won't lie. My student evaluations were on my mind. But I decided that I wasn't going to buckle under the Tyranny of Evualuations. I decided that I was doing other teachers a favor by saying something--perhaps the teachers these students will have in the future.

So I wrote emails to both students to let them know I was upset and offended by the way they treated the speaker. The Laptop Girl wrote back and apologized. She was clearly contrite. I wrote her back and said that I hoped she understood that my ban on laptops has to do with not knowing if someone is checking email or casually websurfing during class--and also that a laptop feels like a barrier between me and the students. It felt great to have this communication with her, and I was glad I didn't let the Tyranny of Evaluations dictate my human and professional response to a student.

I still haven't heard from the Fell Asleep Guy. I don't expect to. And I'm okay with that. Maybe he'll be absent or asleep next week when we students fill out evaluations.