Conan the Grammarian on Leaving Misery. 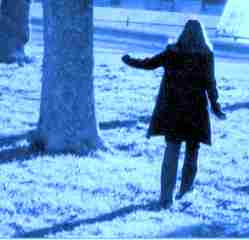 People are always in one of two states with respect to each other: arriving or leaving. The two stages can be roughly the same size, or the arrival can be short and the departure be long or vice versa. People can also leave and arrive multiple times. But eventually they will always leave.

College taught me this early on. People that I thought were still arriving turned out to have been leaving for the past two years. My friends went different ways as the scenery changed. One by one, the people I knew and loved, some of which had just arrived, left. And... I was alone.

New people arrived in my life in college as I made new friends. Some people who had left before even arrived again. But I'm afraid. Won't the same thing just happen on a larger scale when I graduate? I guess, in a generation that embraces change and has trouble standing still, I just want some things to stay the same. I'm fine being aboard a fast moving ship, but I always want to be able to count on a sturdy lighthouse.

The name of this site is College Misery and this is truly the greatest misery I've suffered in college. The misery of people leaving. Does it get better after college? Or worse? And am I crazy for feeling this way?