From Noble to Unethical Profession: Are we all Supporting Unethical Institutions? 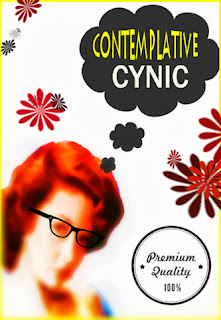 This article entitled "When Students Rate Teachers, Standards Drop (NOTE: if you really want to read the article, just google the title and it should pop up free without having to pay; Defunct Adjunct googled it and it popped up the second time s/he searched for it; or read the summary below in Defunct Adjunct's comment; it's nothing new we haven't heard before, which is why it doesn't matter too much if people read it; I'm using it more as a segue to my main point). It basically states that when we want to get good evals, we--consciously or unconsciously--let our standards drop. Those of us posting on here complain when we see our colleagues doing this. But is it more complicated than that?

On this blog, we have the motto not to care more than the student does, but is another of our unspoken mottos that we care what the students think of us entirely too much? Or is it that we don't care, but we know administrators care, and  that means we feel we are helpless to do anything about it and then become resentful about it, thereby needing a blog where we can fight back?

In a similar way, I've been bothered by the recent question posed to us about whether we simply lack courage to stand up for what we know to be effective when it comes to student complaints and student badgering and student manipulative behavior. I'm not bothered by the implication that if we complain, we must automatically be cowardly (that fallacious reasoning doesn't fly with me), but I am bothered that maybe there is some truth in the idea that the institutions we support (by working for them) create powerless beings who end up being forced to care about things that shouldn't matter to them (i.e. adjuncts whose whole careers depend on whether students say they like them and want them to come back the next term). I do care that even my institution sets up an expectation that shows faculty that they are merely here to serve a function for an institution rather than to serve humanity's goal of furthering education. And I wonder to what end student evaluations contribute to the seemingly unethical institutions we are part of.

I have been fairly content and proud of the kind of work I've been doing in my career. I've felt accomplished and have felt as if I have been contributing positively to society. But recently, I feel like I'm working for a company that supports unethical business practices (by admitting students who won't succeed, and whom we can immediately tell won't succeed), unethical treatment of its employees (by hiring adjuncts in exchange for shiny pebbles and rotten apples, not to mention overworking everyone!), and unethical promises to society (that we are churning out a workforce ready to take over). This makes me feel like I'm contributing to this culture.

So while student evals may seem tangentially related, I think that all of it contributes to an overall feeling that maybe this isn't the career for me anymore because I'm having a hard time looking in the mirror and holding my head up; not because I'm caving in to student opinion (I'm proud of upholding my standards), but because I work for an organization that does shitty things to people.