In Which Bella Shows a Video.....and Feels Thankful. 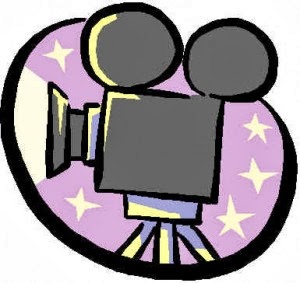 OK, so.  I admit it. When things are bad.....really bad.....I sometimes just revert to showing my class movies.

It's a move I reserve for the end of the semester, and I only use it in dire straits.

Now don't get me wrong.  I am a consummate consumer of mass culture, and I try to think of ways said consummation could be useful in the classroom.  I do. .....honest.


So.  Judge me.  Do it.  But what I have done with my Comp-from-hell class is show them the 1989 Morgan Freeman film Lean On Me.  I had them read the article about the real life Joe Clark from February 1st, 1988 in Time magazine.  We spoke about education, and the mess that it has become.   We discussed reasons why that may be so.  We looked, together, at testing statistics (the high school students in this film need to perform better on the Basic Skills Test).   We discussed, as a group, the fact that students today, from high schools much like the ones from which my own lamb chops have emerged, do not fare so well on similar tests of basic skills.  We considered reasons why.

Then we watched the film together.

We had a good time, watching this movie together.  We had something real to discuss, and we discussed it.  I feel as though I am a new teacher, making a breakthrough.  I feel kind of like a newbie.  I don't want to think about the writing assignment that will come after this week just yet.  No.  Not just yet.

For now, I am simply wondering why I did not show them this movie earlier.

And also, I am feeling sort of hopeful, and pleased.  And thankful.

And so, I thought I'd share this with you, my cohorts in the misery.