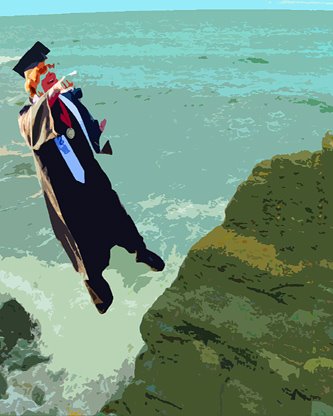 This is not my first bout of Presentation misery. But it's even worse than the last one. So I'm in my Hamster Management "Capstone" course and we're essentially in work groups for the entire semester, culminating in a large group presentation. But we started out with miniature presentations, presumably to prepare us for the big presentation or... whatever.

I like presenting. And speaking publicly. I hate to play the "shiny trophy" card, but I have a lot of shiny trophies saying that I'm good at public speaking. I'm just good at this shit. So, for our first presentation we were talking about a fictitious company populated entirely by hamsters. We were supposed to talk about problems that we found with the Hamster Company (Hamster Bros. LLC; Gerbil-integrated since 1951). So I did my research and, basically, was the only one in our group with anything to talk about. But that's fine because, even according to the professor, not everyone has to speak. We were supposed to play to our strengths. And by having me do everything, that's what we were doing.

Now, I won't lie. Another of my group mates was very helpful. She contributed wonderful research and information to my speech, but was just a bit shy herself. So I presented her stuff for her. The other two did basically nothing. Which, again, is fine because (honestly) this work isn't very hard. Now, the last group member (we'll call him Kanye West), did worse than nothing. He interrupted me while I was saying smart people things. I will transcribe the events as I can best remember them:

Me: You see, the reason why Hamsters are leaving the company is for all of the following reasons 1, 2, 3, 4, 5, and 6. However, reasons 1, 2, and 5 can all be solved by increasing the quality of their feed. Increasing the quality of the Hamster feed you provide will allow you to attract more talented Hamsters and Gerbils in the first place because you'll be commanding a better portion of the Rodent market with your above-average feed-"

Kanye West: *puts his arm around my shoulder* That's great! Now I'm going to say something.

Now. It's acceptable to interrupt people in a presentation. Certainly you wouldn't do it like that, but if you at least have something productive to say, it's fine. He did not. And it became readily apparent very quickly to the rest of the class, all of whom were doing their best to not burst into nervous laughter. We had eaten pizza that day. This is important.

Kanye West (cont.): Another reason why hamsters don't like it is cuz their managers don't treat them real good. You see, it's like they're in a box *grabs a pizza box*, like this box here. You see? *opens the box and pans it around to show the class that it is, in fact, an empty pizza box* because they feel like they can't move. Would you like being in a box? *puts the box on the floor and stands in it* It's not very good, is it? Now, after this short commercial break, back to Conan.

Brothers and Sisters, let us all bow our heads and join together in the Ignorant Fuckwad's Prayer:

O, Lord, make me strong! Give my heart courage and my hands strength, that I may lay them upon this Ignorant Fuckwad with great speed and alacrity! Make me the hammer with which thou shalt beat the ignorance and foolishness out of the moron which in our presence doth reside.

And I ask you, Lord, which of these men serves You better? He who sits idly by while the Fuckwads of the earth ramble on about boxes and other pointless nonsense, or he who doth beat them with righteous furor? Lord, grant that I may be in the latter category. For, though I know that all your creations are valuable, this shithead is really getting on mine nerves. Barack Obama. Amen.