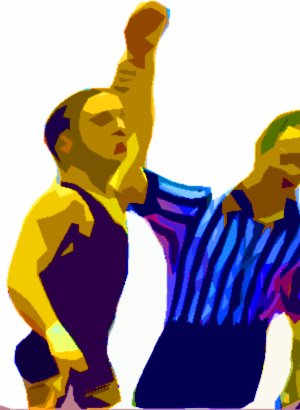 A reader, who I knows means well, responded to an email I sent about the re-opening of the page:


"What is to keep this from all going down again? I've put my chips in this game a couple of times. If The Professor, Cal, Leslie, Fab, and Beaker Ben have never kept this thing alive, how are you going to avoid the same fate? When is your meltdown coming?"

Well, I'm going to go at it differently than I did when I was a moderator previously. I'm going to spend an hour in the morning making sure things are okay, AND THEN I'M GOING TO GO ABOUT MY DAY!

I'm on sabbatical, so I have the time, but I'm not going to let myself burn out, implode, etc. The psychic energy that the page CAN take from you is legendary among mods, and we've all talked about it.

But I figure, the page has been dead for more than half a year. We don't even have the same domain name. It'll probably give out before I will!

I love the idea of it. It seems a shame for the forum not to exist. Cal sent me an email that Ben sent to him (and others, I assume), and it sounded like that page was slowing down some. So, I always liked CM. I got a charge out of the PEOPLE of CM, especially the folks we all know and love, Greta, Strelly, Cynic, Cassandra, Hiram, Darla, Cal, Ben, Amelia, Maybelle! I could list a dozen more easily.

And I missed them. I think the academy would be better off if their voices were still out there in the ether, searchable on The Google.

But I'm just going to keep the lights on and sweep up occasionally. If you all want to set the place on fire, then that's on you!

The RGM
(you know, Terry P. Gordon Presto...I have more)