Okay, So They May Have a Point Here. 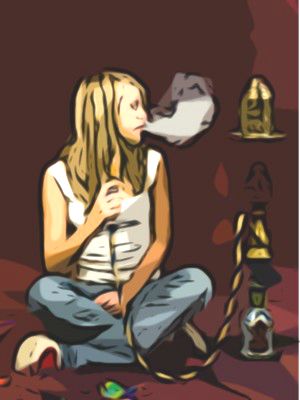 The study, appearing online in the CDC journal Preventing Chronic Disease, examined the prevalence of hookah use and described social and behavioral factors associated with hookah smoking among students at USF, a large urban public university in Tampa, Fla. The research suggests that future public health campaigns address misunderstandings about the risks associated with hookah use as well as the regulation of such alternative nicotine-delivery devices.

"The biggest surprise was the misperception about the dangers of hookah smoking," said Jaime Corvin, PhD, USF assistant professor of global health and principal investigator for the study. "In general, the students we surveyed thought it was safer than cigarette smoking. They did not know the risks."