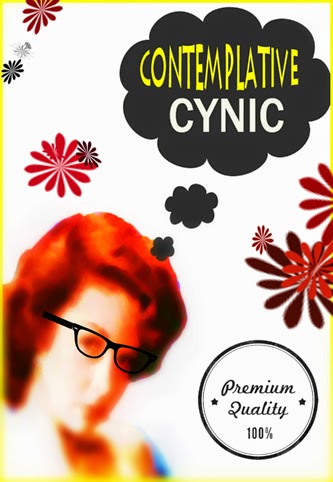 Our quarter began on Monday and I assigned a prompt for the first day of class where the potential flakes needed to argue something based on a recent controversial topic in the news. As I skimmed through to gauge their writing, determining who's half-assing it (65%), who's truly earnest (5%), and who is pretending to play my game (30%), I came across one entry where the student's phrasing was VERY familiar to a phrase I'm very familiar with.

Why am I familiar with this phrase? I have a twitter account, and with some of my followers, we've formed bonds, sometimes-flirted, always-teased, and just become friends. I've been pretty good about keeping my identity a secret on there, not sharing too much about my irl self, but I have become fairly friendly with one individual, whom I shall call GrundyFlax68 (I used an online name generator to come up with that one). GrundyFlax68 always ends his Direct Messages with a brief phrase he's coined, the same phrase at the end of that assignment.

GrundyFlax68 and I have been "twitter friends" (no twitter crush for me) for three years now. GrundyFlax68 is my buddy, my pal, my backup, and the person I have vented to about my hoarding neighbor's habits, or to let him know the pomegranate tree he advised me to prune looks dead now. He has a wicked sense of humor, is hilarious online, and now, yes, you know where I'm going (there's no subtle buildup to this "big" reveal): GrundyFlax68 is a 23-year-old lanky guy with an unfortunate haircut who spent much of the class yesterday and today drawing a fake tribal tattoo on his arm with a Sharpie.

In order to be 90% sure of this, I asked the class today to "share" a little bit about their hobbies, talking about which of their hobbies or activities they think will be helpful in supporting their academic endeavors and which they think might become a problem for them when papers are due. He revealed that he spends a lot of time on twitter, but that his tweets are "more intellectual than you'd imagine." I blinked twice at that one because I don't contribute anything intellectual to twitter, nor would I characterize his posts as intellectual in any way. Words have been exchanged over varying interpretations of scenes from Disney movies, but that's as intellectual as it has gotten!

Tonight I logged in to absolutely make sure. And yup, his tweets reveal that he's signed up for a class with a prof he's not really sure about because they had an assignment due on Day 2 and she made them write a "lame-ass opinion piece" in class about something he just bullshitted his way through. (Yes, his entry was way more abbreviated than that, but I don't want to post it as is here.)

So... there's no question that I'm never revealing to him who I am. But it's going to make for an interesting quarter if he ends up staying in my class. I'm not sure if I should attempt to encourage him to switch sections before the Add/Drop date, or whether to just do what I had originally planned by being the consummate professional (but how?). Either way, it feels like both good and bad karma are trying to tell me something here.