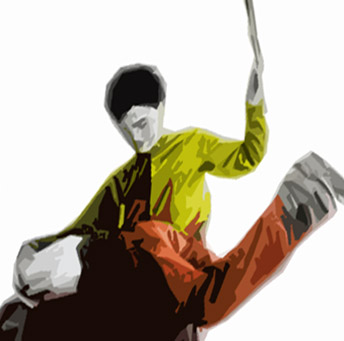 This quarter is almost over, hallelujah, and 3 Christs on a Triscuit. I can't wait to feel like a person again. The 25-year olds were at it again today in class with their 25-cent word hijinx. Uh, no kids, I took a class on Derrida and deconstruction for my English undergrad, and I'm not going back down that depressing rabbit hole. You're not Chomsky, stfu. FML (do the kids still say that?).

As I said, this quarter is testing my sanity. Lots of "impostor-syndrome" garbage floating around in my head, and I've taken enough theory in CBT to know that I'm totally being ridiculous. I'm working part-time, also working a practicum (clinical internship), and school of course. I'm too old and cranky to balance all this stuff. I can never have a kid, I will forget to feed it. Maybe I can make the dog do it? Anyhow. I finally hung out with some friends for the first time in about a month and we watched the shit show that was the Oscars. It was fucking awesome.

So I've just gotta get it outta the way -- I'm about to get 100 lashes from a wet noodle: I totally snow-flaked on Friday. Like hardcore. Because I had received a "B" on my last paper and worked my ass off on this one to make an "A," I had been waiting with baited breath for a grade on something from a professor [a TA is the grader, really] for two days. I even had my field supervisor who has expertise in the realm of this paper look it over, and she said it looked good. Well, I got a "B-." I literally burst out into tears in a fit of anger, frustration, and jadedness. I still don't know if this happened in my head or out loud: "YOU TRASHED MY PROPOSAL, AND THEN YOU HAVE THE GALL TO SAY I NEED TO WORK ON MY USE OF SEMICOLONS? DON'T YOU KNOW WHO I AM? I HAD A 3.95 IN MY ENGLISH MAJOR AT MIDDLING STATE U! I WROTE A SENIOR HONOR'S THESIS! IT WAS ABOUT JOHN UPDIKE AND PHILIP ROTH AND MAD MEN AND I WAS REALLY PROUD OF IT! I DON'T EVEN THINK MY THESIS ADVISER READ IT, BUT THAT'S NOT THE POINT! It was the straw that broke Murky Mary's back, so to speak.

Well, I'm a fairly reactive person. I know this, but it is difficult for me to rein it in in the moment. I emailed the [kindly] TA back it a fit of red rage - something like "you know I'm really frustrated this quarter I want to defend my proposal which is absolutely an A we need to meet right away I even ran it past my field supervisor and you didn't even specify what you really wanted you're not grading me on the prompt you graded me on the feasibility of my proposal so that's you first mistake i'm so irritated DONT YOU KNOW WHO I AM???"

Yeah, so that happened.

Of course, he responded totally professionally. Of course, I felt like a hungover dog's asshole once rationality seeped back into my brain. And of course, I emailed him back apologizing for the tone and wording of my email, my ego is super reactive, can't take criticism well, blah blah blah. Well, I am meeting with him and the prof today in a few hours to discuss it and am not looking forward to how asshole-y I am going to feel. I know that I was out of line and I'll probably play bad dog, and just let it go. I did use my semicolons correctly, however. Fuck.

Am I a bad person? He probably hates me right?