From the Crampicle: Greetings from Wisconsin, Where Higher Ed is a Love-Hate Affair

I have been trying to keep my head down and just be happy in my work, work that I love and that I 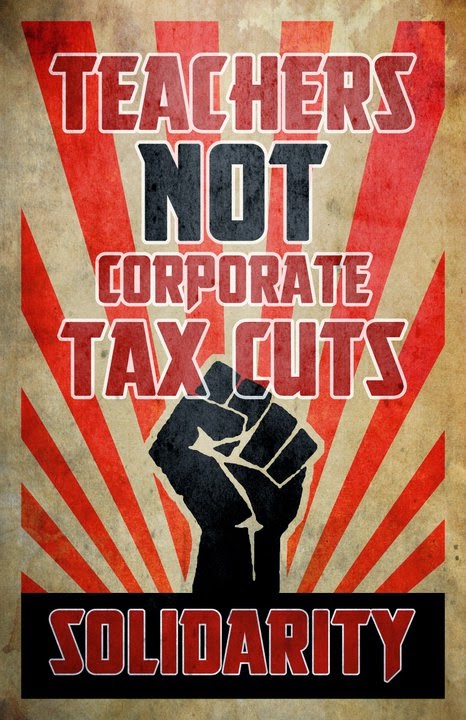 find fulfilling on an emotional level, if not necessarily a financial one.

My state system is fucked. Without so much as a by-your-leave, our budget has been slashed--AGAIN--with only the paltry, total bullshit offer of some kind of magical "public authority" that will somehow allow us to avoid further showdowns with the state legislature over tenure and shared governance.

Today, the Crampicle takes us all to my state, and if you want to know what's coming down the pike for you in a red state atmosphere, here's all the flava you need:

"Several people who called themselves concerned taxpayers here didn’t seem to understand that faculty members help their institution in many ways, like bringing in research grants or mentoring graduate students. Others, who understood the complexity of the job just fine, nonetheless thought professors spend too little time with undergraduates.

Over at Anthony’s Steakhouse, in Lake Geneva, members of the Republican Party of Walworth County gathered for a monthly meeting. Afterward, James Loftus, a retired chiropractor, told me too many professors spend too much time on inconsequential scholarship that their universities overvalue. "They say they have to do all this research — that is bull," he said. "They’re supposed to be educating our students."

A moment later, the mother of a freshman at UW-Madison said her son was struggling because he often couldn’t understand what professors and teaching assistants from other countries were saying. "I know it’s not politically correct to talk about," she added.

The angriest person I spoke to was the restaurant’s owner, George Condos. Decades ago, he attended Wisconsin’s Oshkosh campus but did not earn a degree. He had to help his late father, Anthony, run this place, where these days the king-size filet mignon goes for $36.95.

After seating a couple for a late dinner on a frigid night, Mr. Condos told me a story: His youngest son, a junior at one of UW’s four-year campuses, had received low grades on several assignments because his conclusions didn’t square with the political views of his professors. "I’m trying to keep him from being indoctrinated by these liberal-spewing pieces of puke," he said. "I want to yank him out of there."

FWIW, Like all of my colleagues in our part of the System, I teach only undergraduates, a 4/4 load, and I do a lot of campus service, plus professional development like writing stuff that gets published but nobody reads, which isn't necessarily my fault, since I didn't know Twitter was where it's at (don't click this link unless you've been drinking first). But the tea-partying taxpayers don't seem to get that, which is why the op-eds in the local papers are full of this kind of stuff.

A really good blog you should be reading if you're interested in what's happening--and the way the professoriate is perceived by those in power here--is Chuck Rybak's "Fresh"--humor: black, blacker, blackest.

Back to grading exams and being an overpaid lazy liberal d-bag.