This is why my syllabus is seventeen pages long

SCENE 1: Second Week of the Semester

Athlete-Student:I have to miss class because my team is traveling to the mainland for two weeks. I know the syllabus says no makeups, but I don't have a choice about going on the trip. Can I make up the in class quizzes?

Professor B. (that's me!), Unknowingly Stepping Onto the Slippery Slope: Sure! Because you have to travel as a condition of your athletic scholarship, just write a short reflection paper on the week's topic and get it to me when you come back.

SCENE 2: Third Week of the Semester

Scammy Sammy: I heard you can make up the in-class quizzes. I had to miss last Wednesday for a very important family funeral event.

Professor B.: Well, OK, I guess you can make the quiz up by writing a short reflection paper.

Scammy Sammy: When is it due?

Professor B.: Just get it to me by the last day of class. 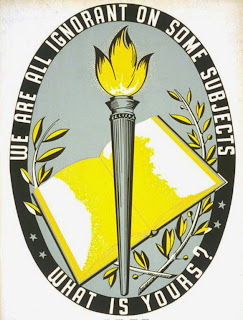 SCENE 3: End of the same semester, the day after final grades are submitted

Email from Scammy Sammy to me:

Email from me to Scammy Sammy:

I already submitted the final grades. These were supposed to be in by the last day of class.

Email from Scammy Sammy to me, the following day:

I'm so sorry, I thought you meant the end of finals week. Thank you for being so understanding! [Attached to Scammy Sammy's email: FIVE makeup essays, rather defeating the purpose of requiring students to attend and participate in the class exercises and discussions.]

Of course this was my fault. I implemented an informal makeup policy that wasn't written down anywhere. But I learned my lesson.

What's the big deal, one might ask? Is it the end of the world if one pushy student gets a probably-undeserved half-grade bump? No, it's not.

Once word of Scammy Sammy's gambit gets around, next semester will be Scammy Sammy to the nth degree. It is not unreasonable to anticipate an entire semester of dead classrooms, culminating in an eleventh-hour avalanche of makeup assignments.

So, new on the syllabus for fall:

No makeups, no exceptions, and if you don't like it, go pick another major.