‘Scarlet Letter’ would mark transcripts of college students convicted of assault. From WashPo. A Link Sent In By Darla. 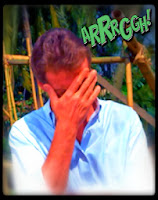 Oh, the poor dears. They've committed assault and they're going to be held accountable? Isn't this college? I saw Animal House. Why is the government coming down on us? Man, we're just trying to have a little fun!

Newly proposed D.C. legislation would require colleges to put a permanent and prominent notation on the academic transcripts of students who are convicted of sexual assault or who try to withdraw from school while under investigation for sexual misconduct — a “Scarlet Letter” that would follow them to new schools and graduate programs or into the workforce.