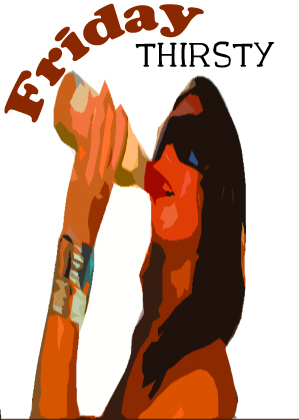 I taught developmental English for several years at a community college and eventually got the adjunct shaft. I dropped a student for nonattendance, who complained to the department chair and she asked that I reinstate him. Soon after, I had a review by this department chair. I had classes scheduled for the next semester, and after her visit to my class, these scheduled classes disappeared. All my emails to the chair went ignored or unanswered. A month later, I got my review: She had declared me incompetent. The basis of my incompetence was that I read to my students and I deleted things off Blackboard after a couple weeks. Horrors!

Again, emails to her went unanswered and I finally wrote a rebuttal to the review and also wrote to the dean. No response. I finally got in contact with another adjunct, who also had been dropped, but she (this adjunct) called the dean – she seemed to be on a first name basis with him—and got reinstated. I decided that since this college rotated its department chair, I would approach the next chair but this department chair WILL NOT LEAVE, and it has been FOUR years.

I had a full-time job in another field until a layoff two years ago. I always figured that my teaching would be a nice side job, not so much for the money, but to keep mentally active. In the last two years, I have applied to various positions and in fact even got an interview recently for a full-time position. Unfortunately, it was scheduled for two weeks after I had a tummy tuck and I was still walking very carefully and having periods of pure exhaustion. I wanted the experience of the committee interview although I was not really interested in the school’s location. During the interview, I could tell when I really wasn’t functioning all that well, but as I said, I wanted the experience of the interview and I certainly got that.

One question asked me at the interview was “What would you like us to know?” and I mentioned the bad review. I said it was unfair, but did not go into much more detail. Later, I was able to get in contact with a trustee for the school I had taught at and asked that he inquire about the status of the review. He did, and he told me that these performance reviews were NOT released to inquiring schools. BUT, what really pissed me off was that he said that staff at the school (the one I had taught at) would look at the SITE THAT MUST NOT BE NAMED when they themselves were researching a job candidate. I described to him that site, asked him to look at it, and asked that that practice cease.

I had two people who will give me letters of recommendation at the school I had taught at – that is I had two. Now I have one. The other one will not respond to my emails, phone messages or letter. I do not think I have offended her in some way.

At this point, I have started a new nonteaching job, but I still would like to teach again at some point. I need to focus on paying bills and saving money, but I know I have big decisions in the future.

When I fill out applications, I list the department chair’s name but give HR’s phone number.