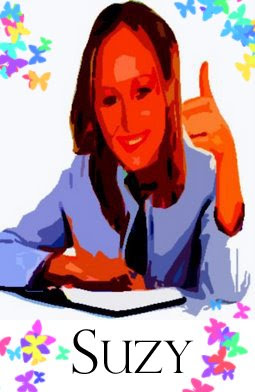 Being a creative instructor who likes to give the little darlings inspiring things to do, I run a poster session every semester in one of my classes. I split a book on Hamster Fur Weaving Combs up into 10 chapters, have the students pair off, and give them each a chapter (10 entire pages!) to read. We had an in-class session for them to make posters about the chapters, but since this semester no one had read the chapters, they all went to the cafeteria instead, purportedly to do the reading. Whatever, I noted that the presentation is the next week, they needed to be in the room 15 minutes early to put their posters up on the wall and get ready for the Great Poster Session!

I was in the lecture hall very early with scissors & tape & magnets & sweeties. There were 2 (two) groups there with their posters. Okaaay. They got to pick the spots that they wanted. Another group came in, but had to still put their poster together. Distributed work, okay, that's fine. They should be done on time if nothing rips. One guy was there, but his partner had the poster (he said, it never actually turned up), so I assigned him to traveling first round.

When it was time for class to start, I had five (5) out of ten posters there. As I was closing the door, another one shot in, so I told them to hurry. We paired off for the session. We do two rounds, one of each pair travels in one round, visiting all the other posters, and explains hir own poster during the other one. Every X minutes (X = minutes in half of class session / (number of posters -1)) I ring a loud bell and the travelers move on to the next station, clockwise. When they come back to their original station, it's half time and they switch jobs.

I dinged GO! and they started - and the next guy walks in. No poster. His buddy is held up in town and has the poster. He wants to leave and go for lunch. I made him sit down and gave him a good chewing out. I advanced the travelers a second time when the NEXT guy walks in. All week he wasn't able to meet his partner. I chew him out royally. This is generation smartphone, surely during a week one can communicate by telephone/email/SMS/smoke signals? Not having a poster cheats the rest of the class out of learning about one kind of Hamster Fur Weaving Comb.

At least he had a plan for a poster scribbled down. I parked him at the board, made him put his "poster" up with markers, and spend the rest of the first round explaining his poster to the other late guy. Then I made the first guy who was traveling also have to be explaining this poster, and we had one more group for the next round. No one notices if I cut the time from six to five minutes :) But in all, there were only seven posters instead of ten. Two more just didn't bother showing up at all.

It worked, but WHAT IS WITH THESE STUDENTS? They can't deal with the concept of deadlines? Can't communicate that they are having trouble and need a solution in advance of the deadline? Can't tell the others that they won't be able to keep up their part of the deal? I've had lots of lazy students, but this takes the cake. And it's the SECOND instance of this happening this month - they can't coordinate, can't communicate, don't do the work, shrug off all responsibility. Do I need to start showing up as a drill sergeant or what?