Better to take the blame than admit we don't matter that much? 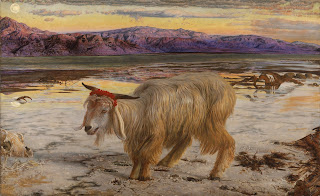 Community colleges get the worst of it, as usual, and are routinely beaten up for their open admissions low graduation rates. But four year institutions get pummeled pretty regularly too.

Yet we know that student characteristics account for most of the variance in graduation rate. This is why we have value-added rankings. This analysis of NCES data demonstrates that graduation rate can be predicted pretty well by mean SAT and percentage of Pell recipients. UCLA's Higher Education Research Institute even has an online graduation rate calculator using student characteristics as inputs.
Why the doublethink? Why do we keep accepting the blame for things that are mostly [1] out of our control? Do people think that we profs have secret caches of Magical Teaching Dust, and if they hector us enough, we'll give in and use it? Or would we rather shoulder the blame and promise to do better next time, anything to avoid admitting that we don't affect students' life outcomes nearly as much as we think we do? [2]

What the heck, people?

[1] Reducing class size is one of the few things that actually does improve student outcomes, all else being equal, but it's not "disruptive" or "scalable" or something.

[2] I believe that education is important and valuable, and what we do does matter. But I also think that most of us are already doing pretty much the best we can. Students with low academic preparation and high financial need are more likely to leave college. And for all our talk about "doing better," no institution has beaten the odds .